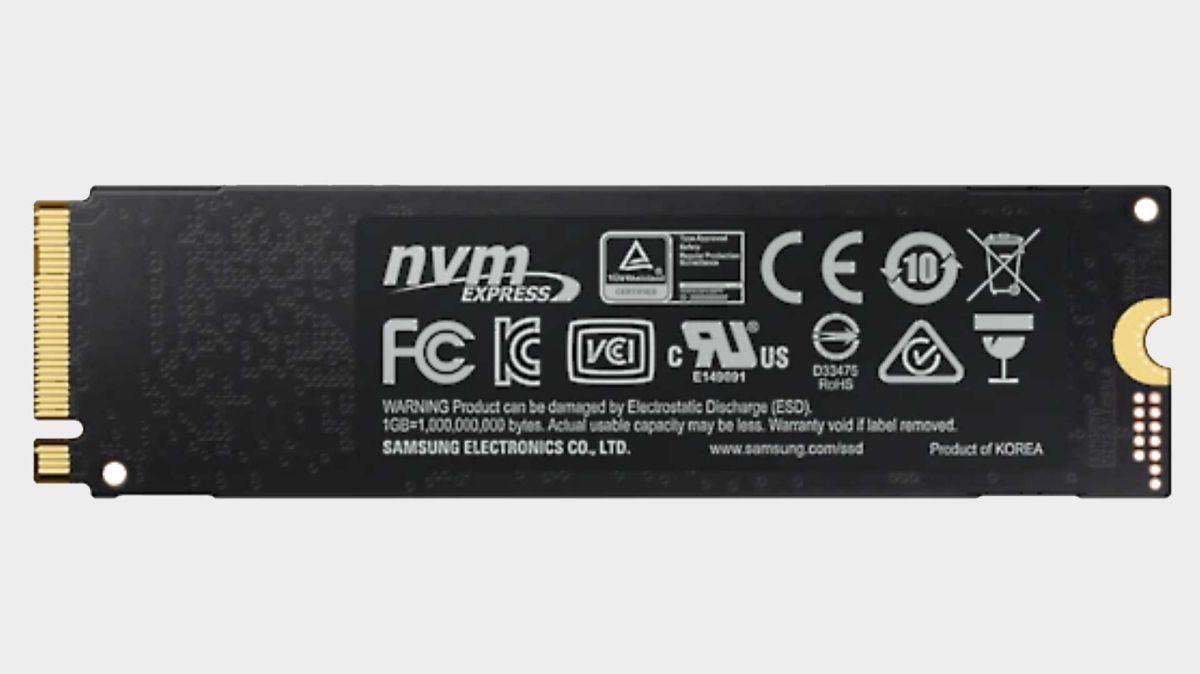 The new Samsung 980 Pro SSD is set for release before the end of August, at least that is the latest from a well-known leaky Samsung Twitter account. That’s where all the best leaks come from, right? I mean, it’s not like you can just say anything online, with no supporting evidence, and have it reported as fact from just anywhere.

But that potential August launch tallies with what we’ve heard from our own sources recently too. Unveiled at CES in January, we would have expected to see the newest Samsung solid state drive generation by now. Back at the start of the year Samsung was suggesting that more information on the drive would arrive in Q2, but we’re rapidly approaching the end of that particular window.

The new suggested launch timing has come from @UniverseIce (via HWBattle), a noted source of other Samsung rumours, and claims that it will mark the arrival of “the super performance of real PCIe 4.0 SSD.” The Samsung 980 Pro is the Korean giant’s first consumer PCIe 4.0 SSD, and is promising storage performance ahead of anything else around right now. That much was announced back at the Las Vegas show in January, with sequential read and write speeds of 6,500MB/s and 5,000MB/s respectively.

Samsung 980 Pro SSD will be released within two months, you will see the super performance of real PCIe 4.0 SSD.June 10, 2020

The only PCIe 4.0 show in town right now belongs to the Phison E16 controller, the same SSD storage silicon that forms the basis for pretty much all the Gen4 drives on the market at the moment. In something like the Sabrent Rocket or Addlink S90, both SSDs we’re putting through their paces right now, you’re looking at peak sequential read/write performance of 5,000MB/s and 4,400MB/s, which would put them behind the upcoming Samsung drive.

Coupled with the fact that the Pro line of Sammy SSDs tends to utilise its own more expensive, but speedier 2-bit MLC NAND, and is able to 100% tune everything owing to creating the controller silicon itself, you can expect the 980 Pro to top the performance lists of the best SSDs for some time to come.

Well, until Phison unleashes its own new E18 controller later in the year anyways. That should already be out with SSD manufacturers to create their own firmware and drives as I type, for a prospective launch into the market in Q3… or just after the 980 Pro.

Generally Samsung likes to launch its more mainstream EVO drives around the same sort of time as it’s Pro line of SSDs. They’re often a touch slower, use 3-bit MLC (AKA TLC), but are far more affordable. Those will likely offer higher performance than the current Phison drives, but likely with a similar price tag.

The upcoming Phison E18 controller, however, is supposedly capable of offering up to 7,000MB/s of throughput over the PCIe 4.0 interface, getting dangerously close to maxing out the theoretical limits of a M.2 x4 socket.

For reference the SSD inside the upcoming PS5 is promising uncompressed throughput of at least 5,500MB/s, though is expected to be able to use some compression algorithm trickery to hit 9,000MB/s for some workloads. Early rumours suggested Sony were going to use a 980 QVO SSD, with 4-bit MLC, so Samsung could be winning whatever happens.