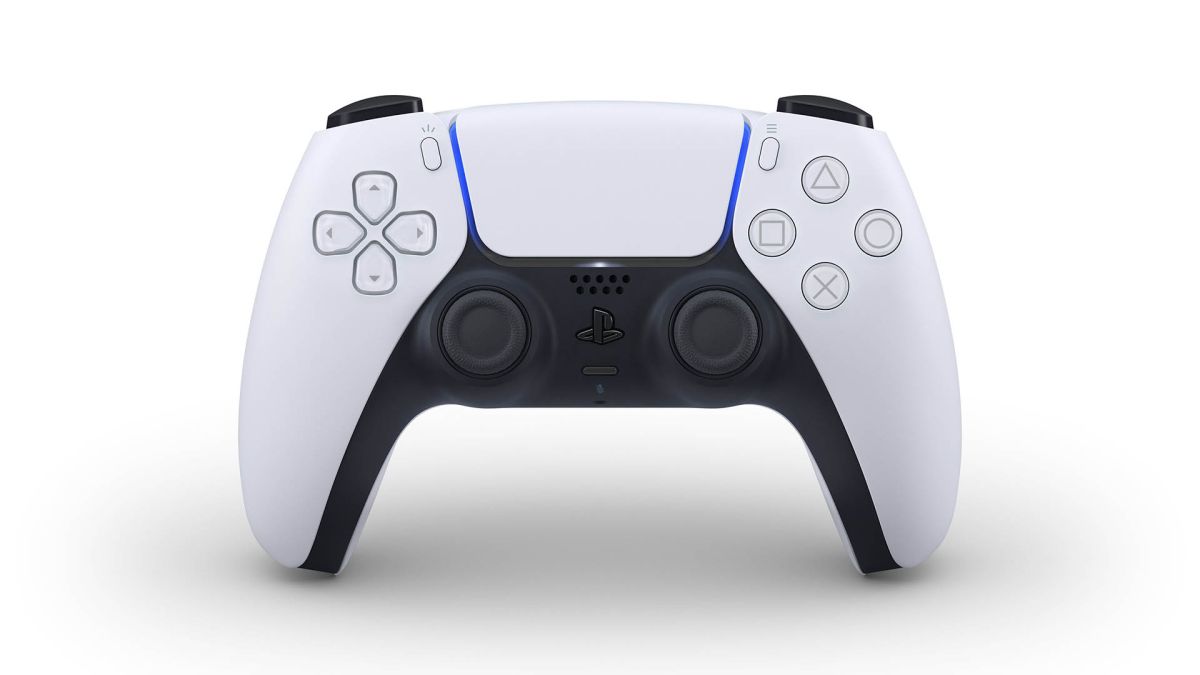 There you have it, announced out of nowhere: The PlayStation 5 controller, nicknamed DualSense. Sony’s new design definitely screams “next-gen.” With a two tone design and some blue LED trim around the touchpad, it really looks like it’s been ripped right out of Alienware’s secret design lair in Austin, Texas. There’s not much difference between this and the Alienware gaming mouse or AW510H gaming headset in raw aesthetic if you ask me. Either that, or a budget rendition of EVE from Wall-E (two people have said that to me now, so it’s obviously a deft comparison).

Beyond the new styling and a slightly more rotund (and ergonomic) shape, the DualSense shares many similarities with the Dualshock 4 familiar to many console and PC gamers today. At least there are a few new “immersive” features to keep players interested, says Sony in a blog post.

“DualSense marks a radical departure from our previous controller offerings and captures just how strongly we feel about making a generational leap with PS5,” Jim Ryan, president and CEO of SIE, says. “The new controller, along with the many innovative features in PS5, will be transformative for games—continuing our mission at PlayStation to push the boundaries of play, now and in the future. To the PlayStation community, I truly want to thank you for sharing this exciting journey with us as we head toward PS5’s launch in holiday 2020. We look forward to sharing more information about PS5, including the console design, in the coming months.”

For one, it retains those signature parallel thumb sticks. Oh, and the triggers that definitely don’t get pressed by accident while your in bed. The ‘Share’ button also remains intact, with a new ‘Create’ button feature incoming to allow “new ways for players to create epic gameplay content.”

That likely won’t add much functionality on our gaming PCs, but hopefully Steam’s controller support will be able to make use of its new haptic feedback. There are also “adaptive triggers” that will supposedly “truly feel the tension of your actions, like when drawing a bow to shoot an arrow.” That’ll be nice for Horizon Zero Dawn 2, huh?

Hopefully this wireless pad will be simple to connect to our gaming PCs on arrival. The DS4 PC setup was easy enough, at least. The last lot of Xbox console pads were a little tricky to get up-and-running at first, with Microsoft bundling its own wireless adapter to get its basic first-gen controllers connected, but since then they’ve all been a little easier to connect via added Bluetooth.

So what do you think about the PS5 controller, or DualSense? Enough to take down the Xbox Elite Wireless Controller Series 2 for the top spot of best PC controller right now? Probably not at first glance, but then again it probably won’t cost $180, either.