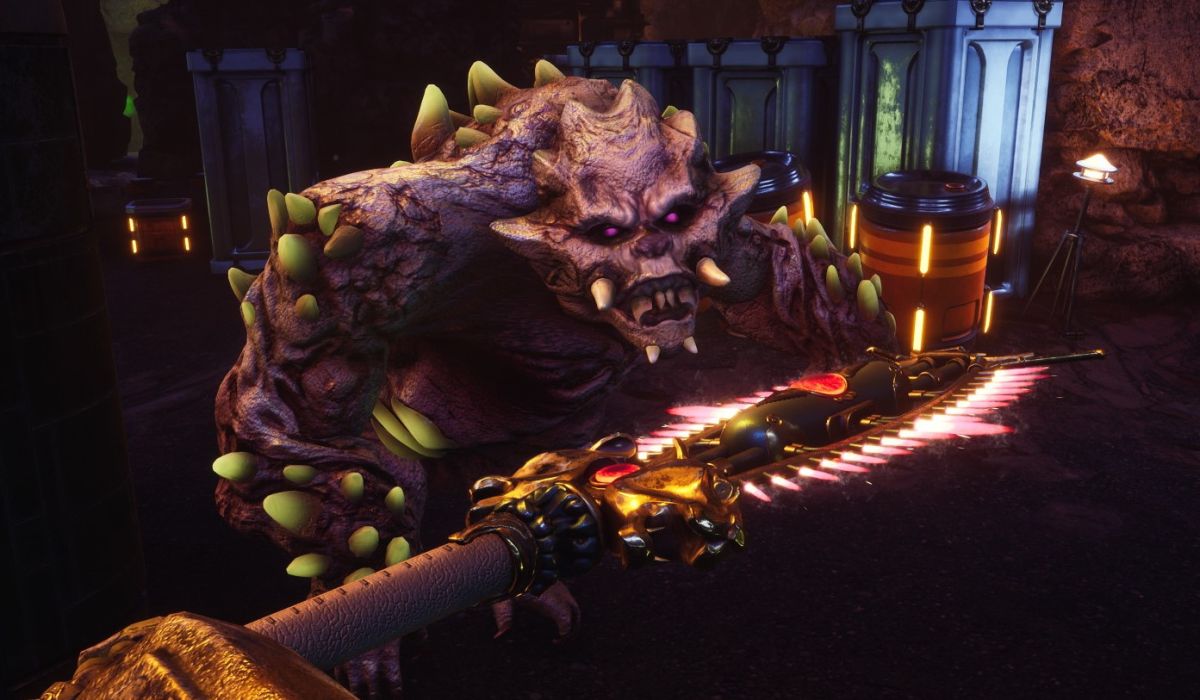 Peril on Gorgon had previously been teased with a strange message that recently appeared on The Outer Worlds website, telling visitors that, “On Gorgon, it’s always… Adrena-Time (made with real xenocyte waste!)”

Gorgon, it turns out, is an asteroid that players will travel to as they investigate the mysterious origins of Adrena-Time, a consumable that increases movement and melee attack speed—and causes an attribute-draining “Adrena-Time Crash” after the rush passes. Space drugs: gotta love ’em.

The DLC will add “a substantial amount of content” to the game, Obsidian said, with a “noir-tinged adventure” and new weapons, armor, perks, flaws, and more. It’s set to come out on September 9 at a cost of $15, and will also be available in a two-part expansion pass that will sell for $25. More details on that pass will be revealed later. For now, you can check out some Peril on Gorgon screens below.