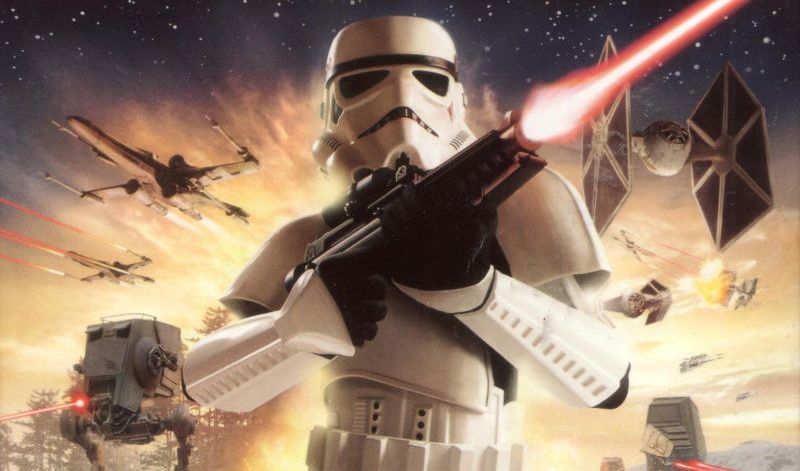 The original Star Wars: Battlefront came out in 2004—eons ago, in videogame terms. Like the 2015 reboot Star Wars Battlefront (you can tell the difference by the lack of a colon), it focused heavily on multiplayer combat, but online play required the use of the GameSpy service, which became a problem when it went away in 2014.

It was still possible to play online but it took a lot more effort after that happened. As this guide on Steam breaks down, you could use a mod, or do some manual hex editing, or you could hoof your PC over to somebody’s basement and set up a LAN with as many people as you could squeeze in. None of these solutions are ideal for someone looking for a simple hour or two of classic online gaming, but now there’s a better way: A surprise update has restored multiplayer support directly through Steam.

The update also adds French, Italian, German, and Spanish language support, additional audio support options, and addresses “a number of menu and gameplay issues for a number of different screen sizes.” Unfortunately, this part of the update does not appear to have gone flawlessly. Multiple people are complaining in response to the update that it locks the game to 30 fps and has broken draw distances; the framerate can be unlocked manually, according to multiple comments, but the issue with draw distances sounds more baked-in.

The multiplayer support works quite well, though. Just start the game, select “Galaxy Multiplayer,” and then “Internet,” at which point a browser will pop up. Select the game you want, and you’re off—just like the old days. There aren’t a lot of games or players online right now, but I was able to hop into a couple very quickly, and with no issues. (And for what it’s worth, I didn’t notice any draw distance issues either, although I only ran a couple of maps and didn’t play with any video settings.)

It’s not clear how many players the new mode supports—Star Wars Battlefront originally handled up to 64 at a time, but the games currently running on Steam top out at 32—but it is cross-compatible with the GOG version of the game, as GOG itself confirmed. GOG, you may recall, restored multiplayer support to Star Wars: Battlefront 2 (again, the original) in 2017, also with Steam crossplay.

I suppose I would be remiss if I failed to mention that the update comes just in time for May 4, also known as Star Wars Day—May the fourth be with you.