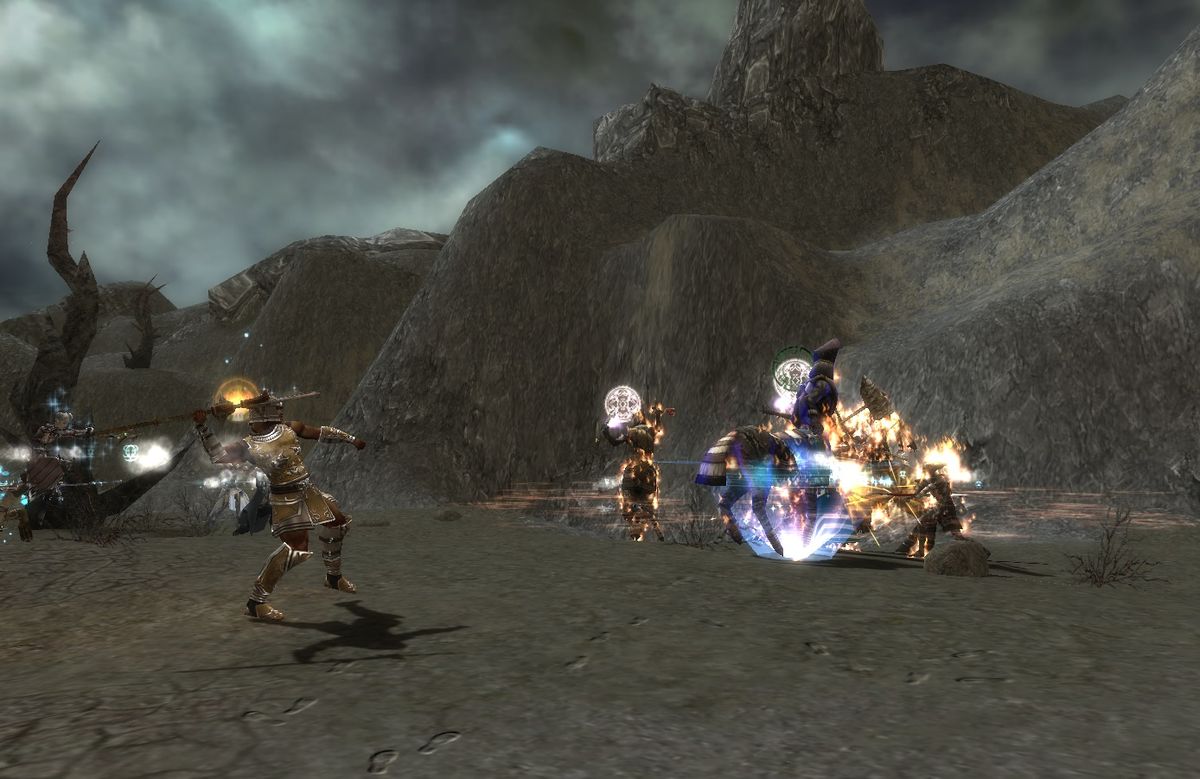 Guild Wars is celebrating its anniversary today, fifteen years after it launched. Its sequel, which appeared in 2012, may have overshadowed it, but it’s still kept on trucking.

Arriving shortly after World of Warcraft, ArenaNet’s first MMO was able to stand its ground and even give what would become the world’s most popular and enduring MMO a run for its money in several departments.

It was the first MMO I really got invested in, even though I’d dabbled in others, and it stood out from the rest. It didn’t require a subscription, for one, which was a very attractive prospect for a perpetually broke student. And visually it looked years ahead of WoW, and pretty much every other MMO, while still being perfectly playable on my crappy pre-built rig with a rubbish integrated GPU. It was also one of the few MMOs that seemed to care about the solo experience, but not at the expense of the multiplayer, which was still great, if largely PvP focused.

Despite all those things, I haven’t thought about it in years. I didn’t even know it was still kicking. It’s probably a lot quieter than it used to be, but it might be a bit busier for the next week, as there are a few more reasons to log back in.

If you hop into the game from today, you’ll be able to visit the anniversary celebration at Embark Beach. There you’ll find a vendor who’ll sell you new ten anniversary weapons, one for each profession.

From the same vendor you’ll also be able to grab a Proof of Triumph, a relic that will summon a boss and other enemies in four of the late-game maps. While the bosses themselves aren’t new, you can use a Signet of Capture to grab a new PvE elite skill for your profession. The Proof of Triumph will also continue to work once the anniversary celebration ends.

There are also discounts on stuff in the Guild Wars store, including outfits and upgrades, and Guild Wars 2 players will be able to get a free gift for their characters in the sequel from the Black Lion Trading Company.

If you’re feeling nostalgic, you can tune into a developer livestream via Twitch on April 28 and hang out with the devs as they chat about their favourite memories. That’s kicking off at noon Pacific.

It might be time to dust off the old client.