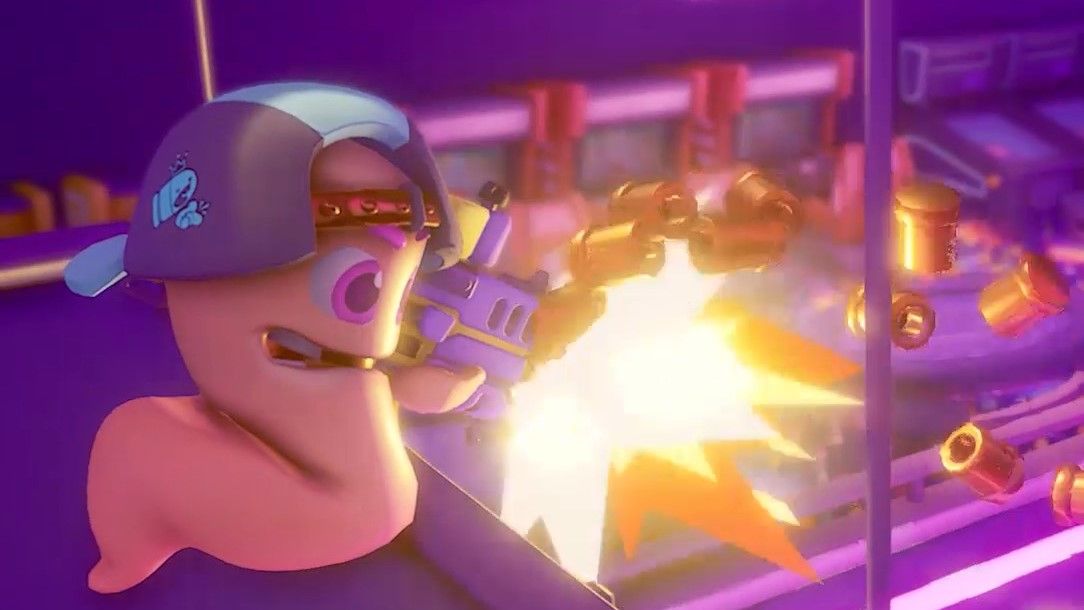 Team 17 Digital has announced a new game in the Worms series, Worms Rumble, a “real-time, arena-based 32 player” action shooter. Their description of the game is both new and old Worms: “Get ready to rumble in Deathmatch or Last Worm Standing modes where you’re only ever a Holy Hand Grenade away from death!”

The first part is new. The second part, as any Worms player can tell you, is extremely familiar. I will particularly note that it often does not matter if you or the enemy threw the Holy Hand Grenade.

The trailer highlights multiplayer shooting in a side-scrolling 2.5D environment, with chaotic battlefields, lots of wall-jumping, bullets wildly spraying everywhere, and little pink smirking earthworms that could only have been invented at the true height of the “edgy” ’90s. Worms Rumble’s deathmatch mode is probably exactly what it sounds like, but judging by the Steam description and tags “Last Worm Standing” is some kind of battle royale. The last game in the Worms series, Worms WMD, was a more conventional turn-based artillery game released in 2016.

Early commenters were quick to point out that the trailer doesn’t feature destructible terrain, a prominent part of Worms since the series’ beginnings. Team 17 quickly commented on YouTube that every level in the game has some terrain that’s destructible. What can be destroyed varies from map-to-map.

“This is Worms, reinvented” says the Steam page, which I am not sure is something anyone was asking for but by jove we’re getting it. You can find out more on the Worms Rumble website, and you can also sign up for the game’s closed beta. Worms Rumble is scheduled to release in 2020.