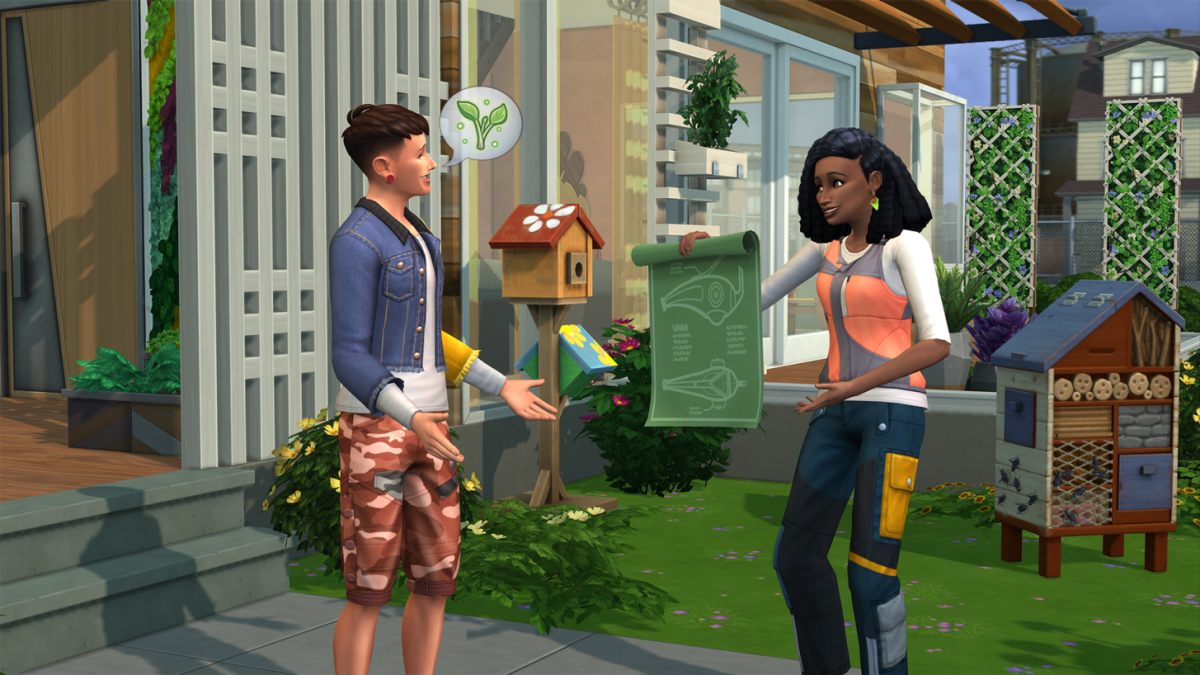 In a live stream today on YouTube, Electronic Arts announced that the next expansion for The Sims 4 will be the Eco Lifestyle expansion pack, due to release on June 5. The expansion will have a bunch of new eco-friendly items, a new world called Evergreen Harbour, and new options that will enable your sims to reduce their carbon footprint.

Eco Lifestyle will be the ninth Sims 4 expansion in the series, and encourages your Sims to be kinder to the planet. You’ll be able to upgrade your home with sustainably-made furniture and the option to up-cycle other’s junk into new and improved items.

A big part of the expansion is reclaiming and repurposing old junk. You can go around the neighbourhood collecting materials and dumpster diving for resources like dyes, odd ends, and pieces of trash, and the new Freelance Crafter career gives you the ability to make a living from repurposing these items. In the trailer above, you can see a Sim making candles as part of the career.

There will also be an option allowing neighbours to vote on a new community space through a Neighbourhood Action Plan. You can turn any vacant lot into a shared garden, performance art space, or an upcycle market.

There was speculation around the launch that a country living expansion pack might be released, but EA accidentally leaked its own webpage earlier this week, confirming the eco-friendly focused expansion.

If you’re going to boot up Sims 4 again in anticipation of the new expansion, be sure to check out our lists of the best Sims 4 mods and the most useful Sims 4 cheats.