The New Features Coming to Your Android Phone 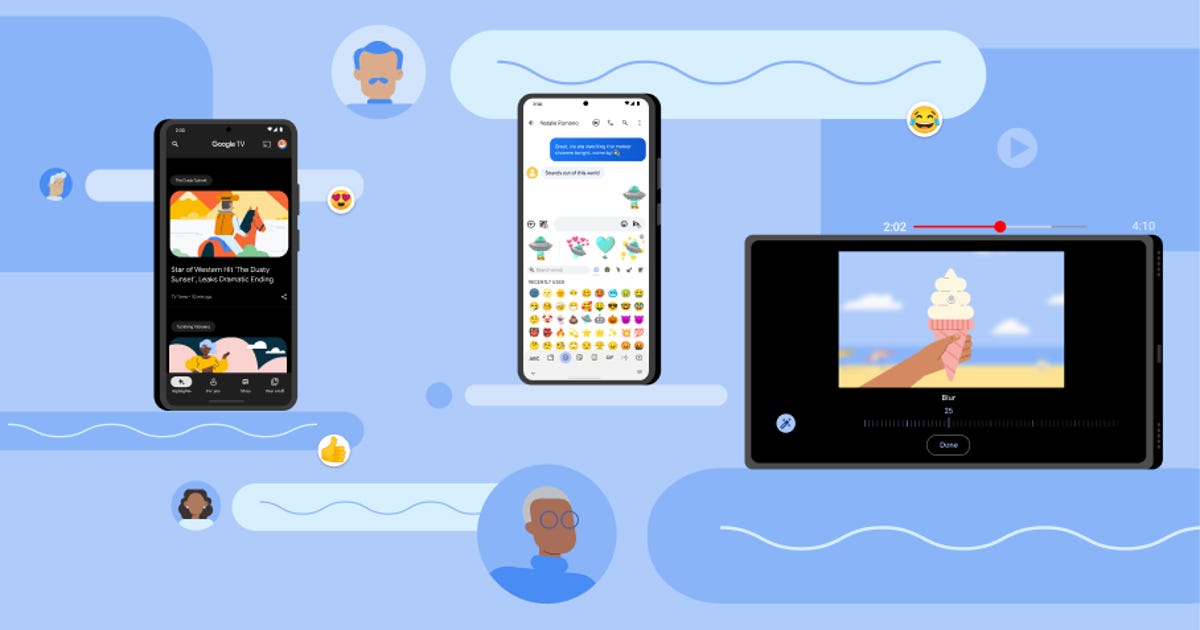 Google introduced a swathe of new Android updates on Thursday. As well as paying for parking by using voice command and a whole bunch of Messages updates including iPhone-like reactions, Android also updated Google TV, Photos, Widgets, Gboard and Nearby Share.

Here are the latest features on Android:

Google Photos: Portrait Blur is coming to more types of photos, like those with plants, pets and food, for Pixel users and Google One members. You can also add the blurring effect to the background of images you’ve already taken. It was previously only available on photos of people taken in portrait mode.

Nearby Share: Android users can now share photos, videos, links, audio files and documents with multiple nearby people at once by tapping to add more people during a transfer. The update is rolling out now on all Android 6+ devices.

Google TV: A new Highlights section aggregates your favorite shows into a feed. It includes news articles and reviews on favorited and suggested shows and movies — and one tap will take you to the movie or TV show so you can watch, add to your watch list or review it.

Widgets: A new screen time widget will be added to show how long you’ve spent on your top three most used apps on your phone, which Google says will help users “reflect regularly on their digital well-being.”  It’ll let you set daily timers for apps, use “focus mode” to pause certain apps at a set time each day and use “bedtime mode” to silence your phone and turn the display black and white whenever you’re going to sleep.

Discover the latest news and best reviews in smartphones and carriers from CNET’s mobile experts.