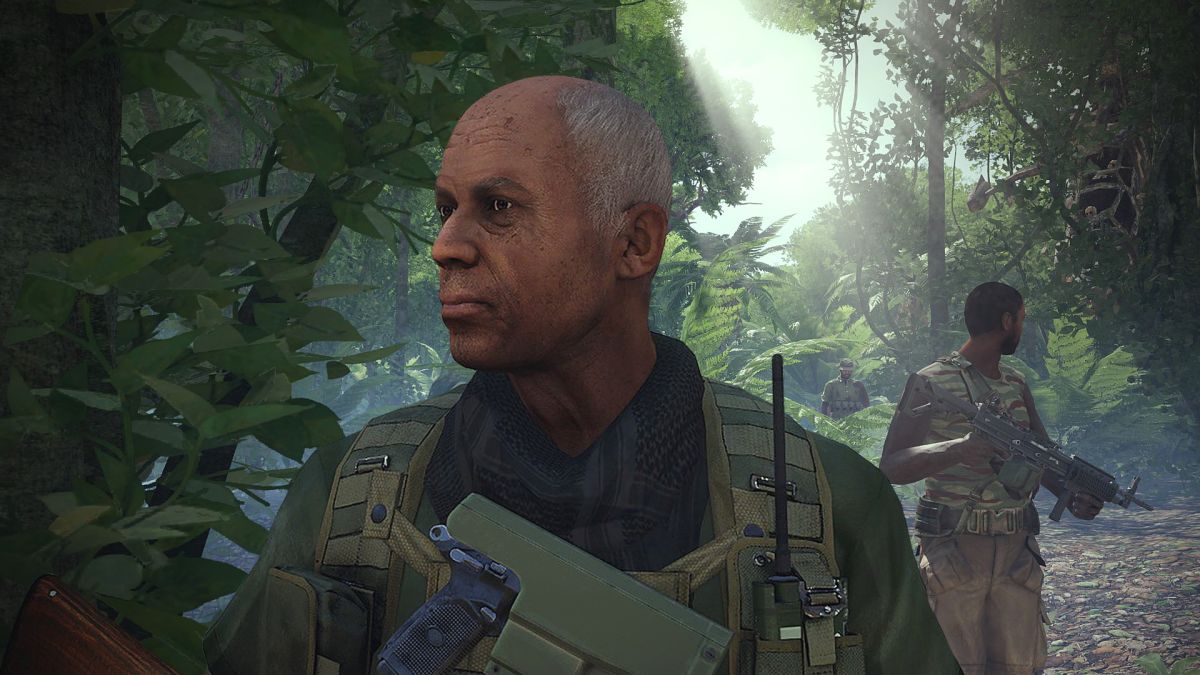 You know all those mid-budget action flicks where the crusty old guy living in a remote cabin just wants people to leave him alone, but then some high-level d-bag shows up and starts causing trouble, and eventually it gets personal and then it’s revealed that the crusty old guy is a retired CIA assassin who took an oath of non-violence, but just this once he’s gonna make an exception? Now you can enjoy that experience as a videogame in Old Man, a new singleplayer scenario for Arma 3 Apex that was released for free today.

In Old Man, you play a retired member of the French Foreign Legion, trying to live a life of peace and solitude. When the Canton Protocol Strategic Alliance shows up, you try to keep your head down and stay out of trouble—but if you’re familiar with the recent works of Sylvester Stallone, Jason Statham, or Liam Neeson, to name just a few, you know how that’s going to work out.

“Then the people start dying. Good people. Innocent people. And, well, I guess it’s like they say, huh?” the world-weary narrator says. “An old man, in a job where men die young, well, that’s not a man you want to mess with.”

The scenario begins with an outbreak of a new strain of malaria, which only grows worse when the local authorities fail to distribute an effective vaccine. You get word that a plot of some sort is afoot, and so you join up with a former military contact—who I can only assume will cop a bullet somewhere near the end of the second act—to “avert a catastrophic power play in the region.”

In keeping with Arma 3 gameplay, players will have free movement within the 100 square-kilometer sandbox of Tanoa, gathering intel, equipment, and weapons, and employing whatever tactics you see fit to get the job done. Developer Bohemia Interactive said it “aims to offer an authentic experience,” but players will be able to take advantage of some “convenience features” including time dilation and fast travel.

Arma 3 Apex: Old Man offers more than ten hours of playtime, according to Bohemia, and is free as part of the Arma 3 1.98 update, although you’ll need the paid Apex DLC to play. Owners of the Old Man beta released on the Steam Workshop in December 2019 will also want to unsubscribe from that and restart the scenario in order to avoid compatibility issues. Full patch notes are below.