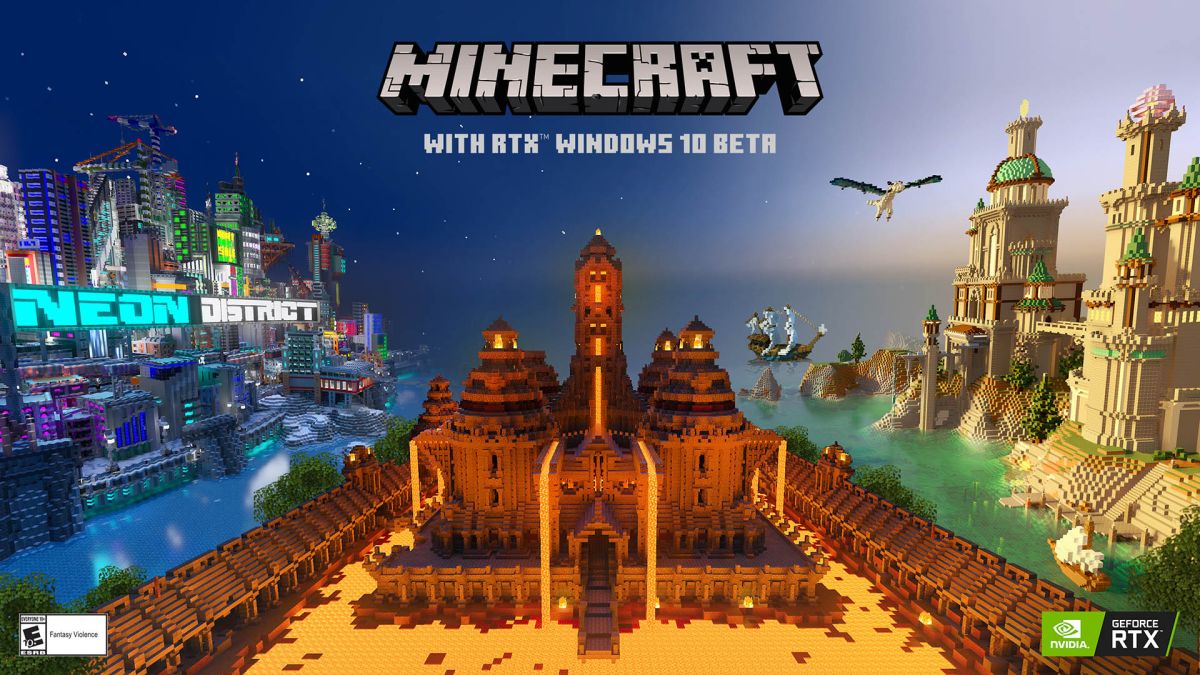 Minecraft with RTX will launch in public beta on the Xbox Insider Program (yes, that is on PC) this coming Thursday, April 16 2020. The free ray tracing update is set to completely overhaul the game with a path tracer—an all-encompassing rendering system for realistic shadows, reflections, global illumination, and more—and you can experience all that for yourself in just a few days.

You will need an RTX graphics card to hand in order to run the beta, as few other DXR-compatible cards (technically, the Pascal 10-series and Turing 16-series) will get the job done without making you feel dizzy and throw up on your keyboard. Minecraft with RTX will also launch as a DLSS 2.0 compatible title, and the RTX 20-series’ Tensor Cores are required to keep Nvidia’s neural net running and frames times ticking over.

The beta will only feature limited multiplayer functionality from the initial launch, exclusively between beta users. Microsoft has informed us that full multiplayer compatibility, across Minecraft with RTX and other Minecraft players, will be included later this year alongside the complete update.

The beta incorporates six new RTX worlds, available on the Minecraft Marketplace, which have been created specifically for the beta by some of the best Minecraft creative communities around.

I’ve had an early sneak peek at five of the six worlds above, and each one showcases the technology through the use of different blocks, features, and structures. Whereas Colour, Light, and Shadow is a clear showcase of what RTX can do, the rest demonstrate how ray tracing can be used to add an abundance of atmosphere to the cuboid game world.

“What Minecraft with RTX introduces to the game can only be described as mind-blowing,” RazzleberryFox, CEO at Razzleberries, says. “The added dimension these incredible visuals add to Minecraft has reinvigorated our collective creativity and enabled us to create amazing new worlds and experiences for Minecraft that just were not possible before.”

Make sure to get your minecart out and take a spin on the roller coasters on Imagination Island. And if someone could tell me how to get back out of the underwater maze in Aquatic Adventure once completed that would be grand, too.

If you want to try Minecraft with RTX out for yourself—and I’m sure many of you have been waiting patiently for over eight months—then you’ll want to ensure you’re signed up to the Xbox Insider Program. It’s easy enough to get in, too. Just head over to the Xbox Insider website and click join now.

There’s also another Minecraft with RTX trailer available today to keep you ticking over as you wait for your own ticket to ride.

That’s just about all we can tell you right now about Minecraft’s most significant visual overhaul to date, but I’m still messing around in its ray traced worlds right now, so stay tuned for a full Minecraft with RTX preview later this week.