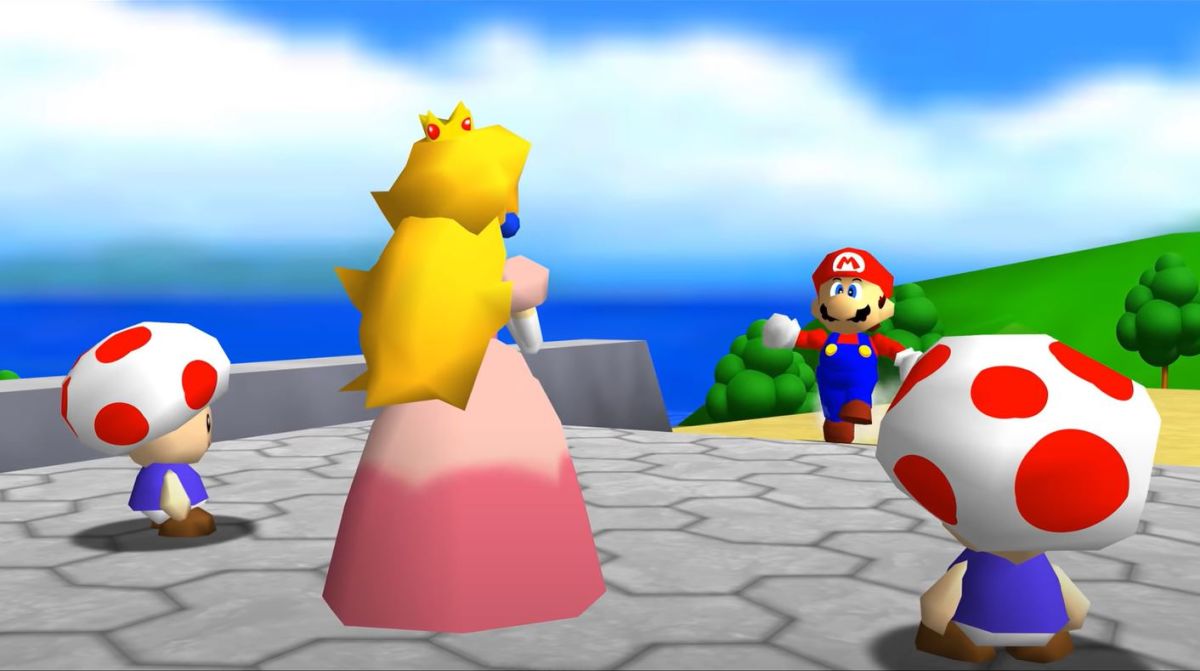 Back in May Wes played an impressive Mario 64 PC port that runs like a dream at 60fps and 4K resolution. But as he noted back then, a smoother frame rate and crisper resolution can’t really improve textures that were created for a 1996 Nintendo 64 game.

But with the arrival of a new community-made 4K texture pack, the port can now look like a fully-fledged current-gen remaster. The ‘sm64redrawn’ pack (look it up on Github) is the manual work of 16 contributors, who all had a hand in manually redrawing the game’s textures at ten times the regular scale, sometimes higher.

While most character models in the original used colours in place of textures, the most notable improvement in the video embedded below is surface textures: see the chequered floor in Peach’s Castle, or the dirt footpaths in Bob-omb Battlefield, for fairly obvious improvements. It all culminates in a marvellously crisp take on the 1996 platformer, which Nintendo itself is rumoured to be remastering.

It’s not the only texture pack currently doing the rounds for the Mario 64 PC port: some are taking more artistic liberties, like this one that replaces the skybox in the fields around Peach’s Castle. Check out the 4K texture pack vid below.