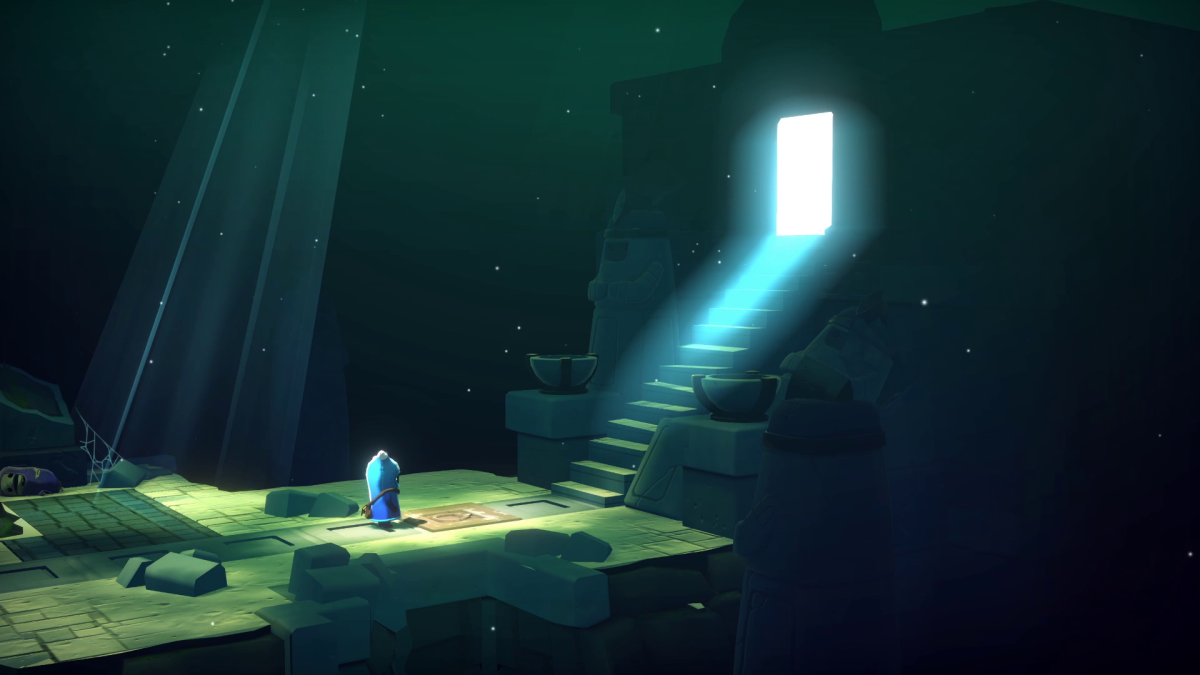 VIDEO: See the trailer for The Last Campfire above. Also on YouTube.

A new trailer unveiled at the PC Gaming Show depicts melancholic scenes of Ember—a small creature in a blue suit—traveling through a mysterious world. The Last Campfire promises a short, intimate journey and a change in direction from Hello Games’ previous projects, so much so that they’re referring to the game as a ‘Hello Games Short’. What’s most interesting is that it’s being developed by a considerably smaller branch of the studio—just two people, who also worked on Frontier Developments’ LostWinds.

While Hello Games are still keeping the intricacies of The Last Campfire’s story under wraps, there are a few things we can glean from the trailer. It’s clear that this emotional story will tackle the theme of death, as we see Ember briefly interact with a skeleton to obtain an item. A ghostly apparition later spawns from a fire pit to interact with Ember.

We also catch a glimpse of how fire will act as a glimmer of hope in this dark fantasy. Following a clip of Ember freeing a small blue flame from a cage, we can see it pass into a statue to bring it to life. Judging by previous trailers, working out how to release blue flames could form a portion of the puzzle elements, and following them to certain statues in the forest may reveal more of the story.

It looks as though we’ll have to wait until The Last Campfire’s summer release on the Epic Games Store to take a closer look at what Hello Games has created this time around.