The Just Cause film now has a director 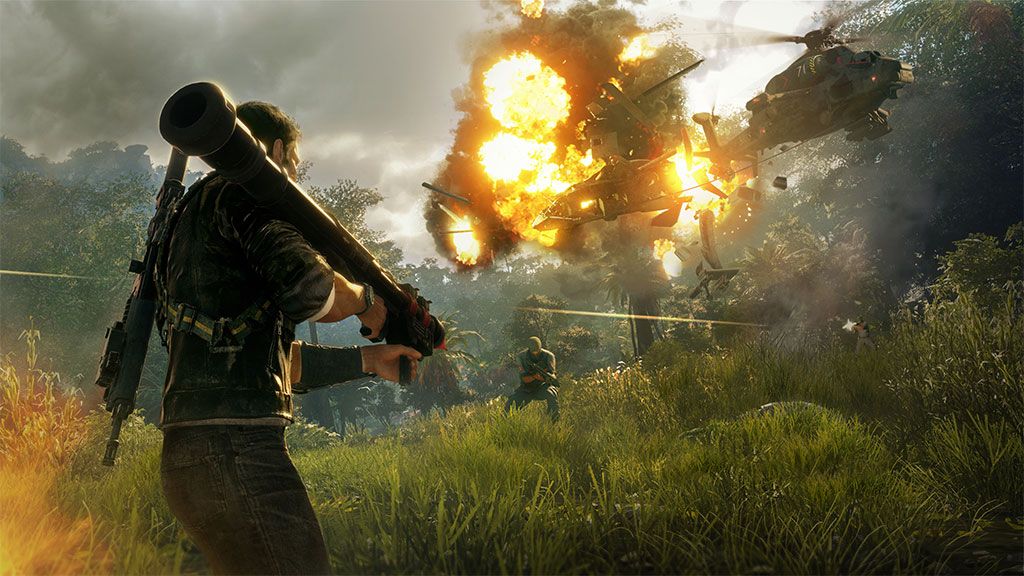 When I think of Just Cause I think of grappling hooks and wingsuits and blowing up big red-coloured industrial buildings. Other people look at it and think: that’s movie material. The series is getting a film written by John Wick creator Derek Kolstad, and it’s just landed a director in Michael Dowse.

The Canadian director has most recently worked on the Netflix film Coffee & Kareem, as well as the 2019 “buddy cop” film Stuber. According to a Deadline report, the film will follow the series protagonist Rico Rodriguez as he swings and glides and shoots in the general direction of The Black Hand, the game’s longrunning villain mercenary group. Rodriguez will be accompanied by an as-yet-unnamed female co-lead, the addition of whom will give the film a “Romancing the Stone vibe,” according to Deadline.

I’ve played and enjoyed all three of the later Just Cause games but I couldn’t tell you what happened in any of them, so this film could actually be helpful.  The most recent instalment, Just Cause 4, introduced some cool weather events but was otherwise a fairly rote addition to a series which is better played with podcasts.

In our review, Robert Zak wrote that it “still delivers the series’ sandbox mayhem, but is underserved by some pretty dated combat and design ideas.”