The intricate strategy of Grand Tactician: The Civil War comes to Steam this month 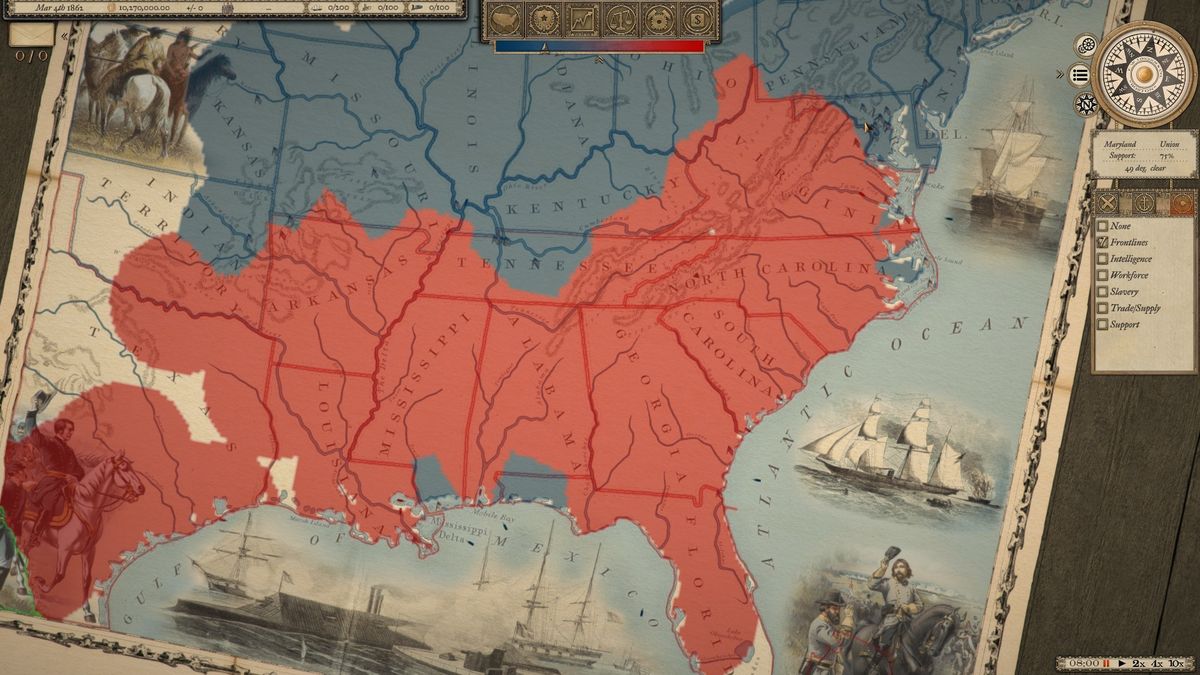 Players in GT: The Civil War will run one of the two combatants in the game, muster their armies, manage their officers and logistics, and then deploy them to the battlefield.  Multi-day battles are a key feature, like historical Gettysburg, where the actions of engineers or arrival of reinforcements between the days of the fight can change the tide.

An in-depth command infrastructure, where officers can like or dislike each other, or become rivals, so that their units don’t work well together—or fight to be better than the other on the battlefield. There are also optional rules for officers doing things like disobeying orders, or for couriers to carry orders from command to the officers’ position.

The developers have also already released their roadmap for post-launch. They’ll be first working on mid-battle saving and loading, then giving the campaign AI a pass. Beyond that, they’ll add new maps, campaign start dates, tutorials, and the like.

You can find out more about Grand Tactician: The Civil War on its rather nice official website and you can find its pre-release listing on Steam. GT: The Civil War is the second game from developer Oliver Keppelmüller, following his 2015 release of The Seven Years War (1756-1763).