The gorgeous Wolfenstein board game has shredded its Kickstarter goal 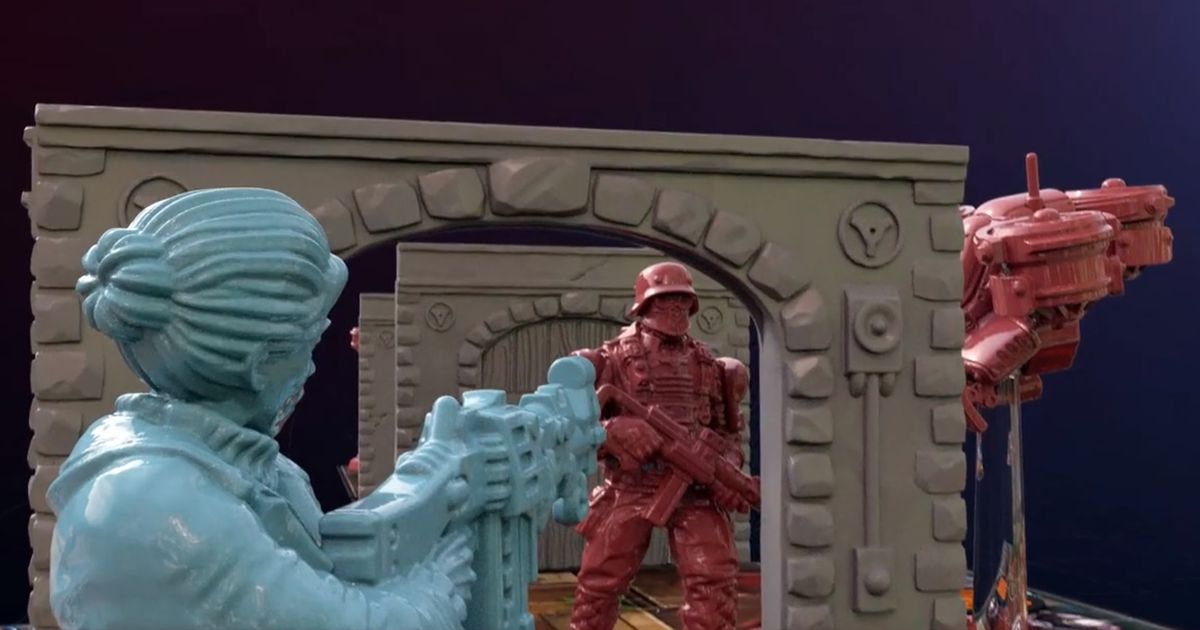 BJ Blazkowicz is returning to Castle Wolfenstein to kill Hitler, again, but this time he’s brought some pals and the whole thing takes place on your table. Yes, Wolfenstein is the latest digital romp to get a board game adaptation, transforming it into a co-op dungeon crawler. It arrived on Kickstarter earlier in the month and has soundly smashed its target.

Archon Games is responsible for its transformation from FPS into bits of cardboard and plastic, and while the developer has added all sorts of new stuff—from action points to random events—you’ll still be mowing down Nazis and their horrible science experiments as you sneak through or storm the infamous castle.

It has the air of a tactical RPG, like XCOM with a d12, but the team seems to have found some neat ways to make it feel like a proper Wolfenstein game.  Every gun, for instance, has a trio of firing options that depend on the type of ammo you’re using, and you’ll need to look around to find the right kind of ammo for the job. To capture the stealthy bits, it’s introduced a hazard tracker that represents the tension in the castle, rising as you kill Nazis and cause a stir. When it gets to the end, an alarm is raised, bringing enemy reinforcements and other new problems.

Blazkowicz and pals each get a trio of unique skills, activated if you have enough points gained from completing side missions, using special items and, of course, slaughtering Nazis. The big man, for instance, can attack enemies with two weapons simultaneously, which is always handy.

If you want a closer look at the rules, you can download these PDFs, but the finished game isn’t expected out until August 2021. It looks like it might be worth the wait, though, because damn do those miniatures make me drool. 55 of them are included in the base game, boasting loads of detail and character. Frankly, some of them are giving my Warhammer minis a run for their money. It also comes with map tiles and 3D doors, fitted together in different configurations depending on the mission. It’s an extremely handsome game.

A bunch of expansions are in the works, too, including The Old Blood, set prior to the events of the base game. The 3D terrain kit is tickling my fancy, too, letting you enhance the castle with surprisingly detailed plastic wall and floor tiles.

Archon popped Wolfenstein up on Kickstarter earlier this month, and it’s demolished its $50,000 target, netting the team almost $600,000 at the time of writing. The Kickstarter concludes tomorrow, so it will likely surpass $600k by the end. That means a lot of stretch goals have been unlocked—more than 30 of them—but it looks like there are more to go, should you fancy pledging.