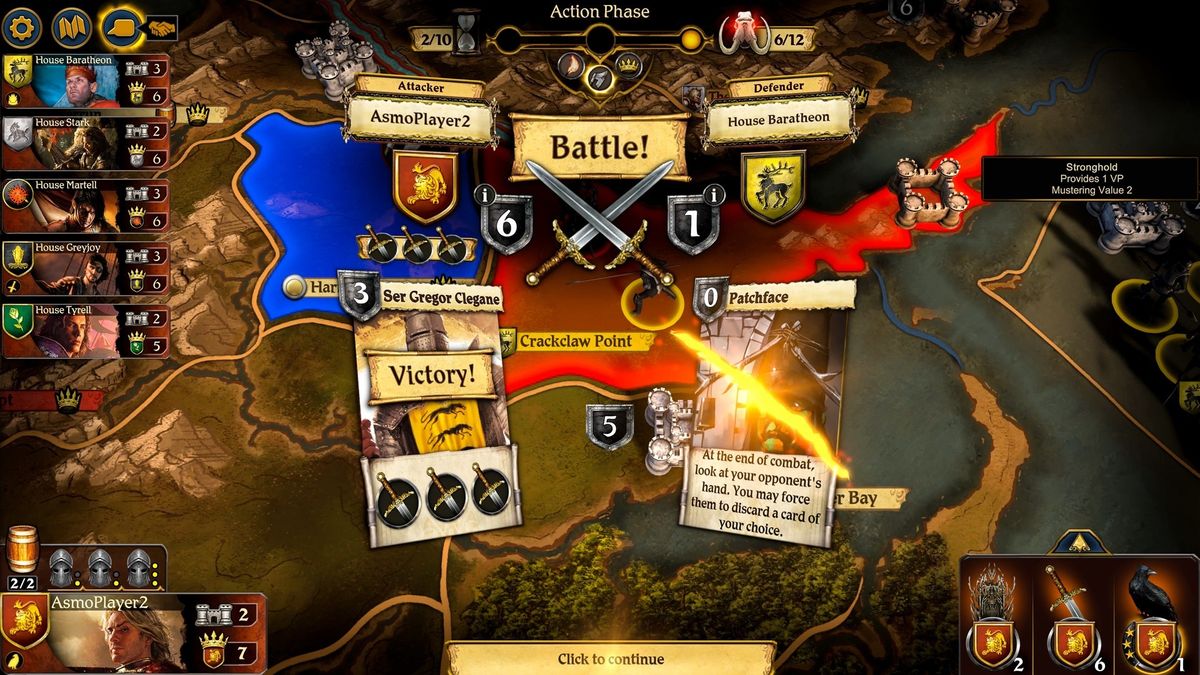 Game of Thrones: The Board Game is a tactical strategy game in which players command the different armies of Westeros such as House Lannister, House Baratheon or House Stark, and try to take control of cities and regions both by winning battles and by increasing their influence. Asmodee Digital has yet to clarify whether the digital version includes only the base game, which was also released as a second edition featuring its first expansion Clash of Kings. Since especially the Mother of Dragons expansion is quite beefy, it would be nice to see it included, perhaps even as DLC. The digital board game will however come with “digital exclusive challenges based on The War of the Five Kings”, which are supposed to increase play time to 6-8 hours per session.

Game of Thrones: The Board Game – Digital Edition will release sometime in Q3 2020.