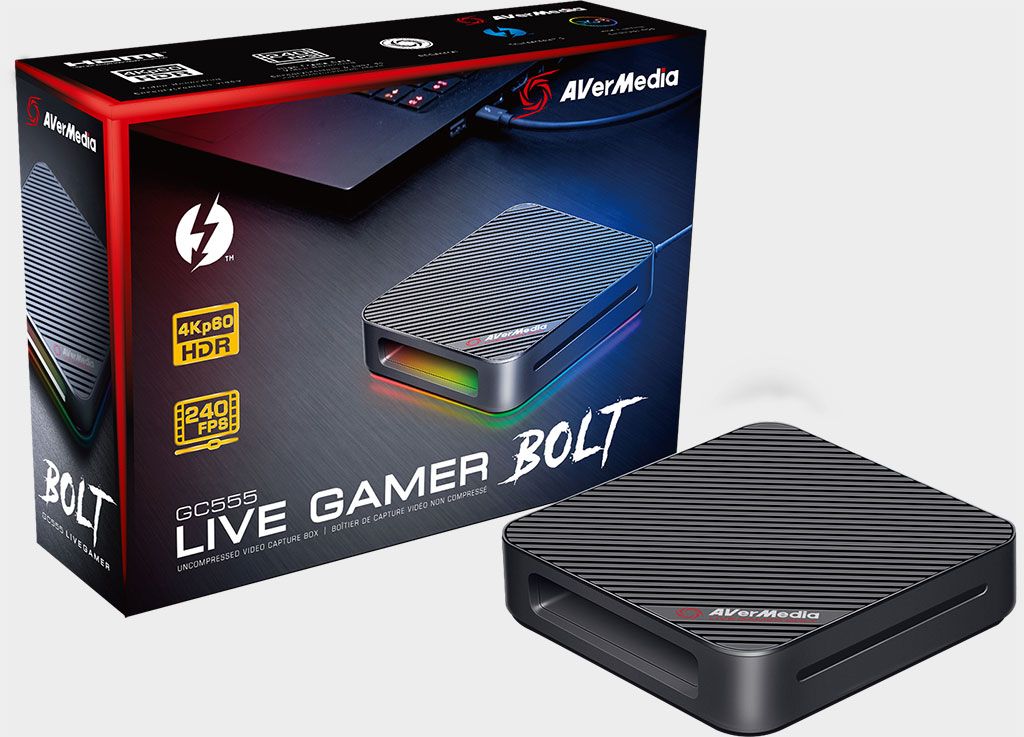 After being teased just ahead of CES earlier this year, AVerMedia today launched its Live Gamer Bolt capture card. It’s essentially an external version of its internal Live Gamer 4K capture card, with the same capabilities in a portable form factor.

That sounds enticing, until you scroll through the specifications and see that it requires a Thunderbolt 3 port. Not all modern PCs have one. You could always buy a Thunderbolt 3 add-in card, but if you’re going to occupy a PCIe slot anyway, the internal Live Gamer 4K is a cheaper option.

Therein lies the other catch—the Live Gamer Bolt costs $449.99, plus the cost of a Thunderbolt 3 card, if that’s something you need. In contrast, the internal Live Gamer 4K runs $229.99 on Best Buy, while Elgato’s 4K60 Pro (one of the best capture cards for PC gaming) costs $329 on Amazon.

Cost and compatibility aside, the Bolt is an interesting product. It’s the only external capture card to support recording both 4K HDR at 60fps and 1080p at a blazing-fast 240fps. It can also capture 1440p gaming at 144fps.

“The Bolt holds fast to AVerMedia’s worldwide acclaimed ultra-low latency with a preview latency of less than 50ms. Due to Intel’s powerful and robust Thunderbolt 3 connectivity, the Bolt can deliver uncompressed video capture without compromise,” AVerMedia says.

We have not tested the Bolt ourselves, but if you need 4K capture in a more portable format than a PCIe card, it’s available to purchase now.