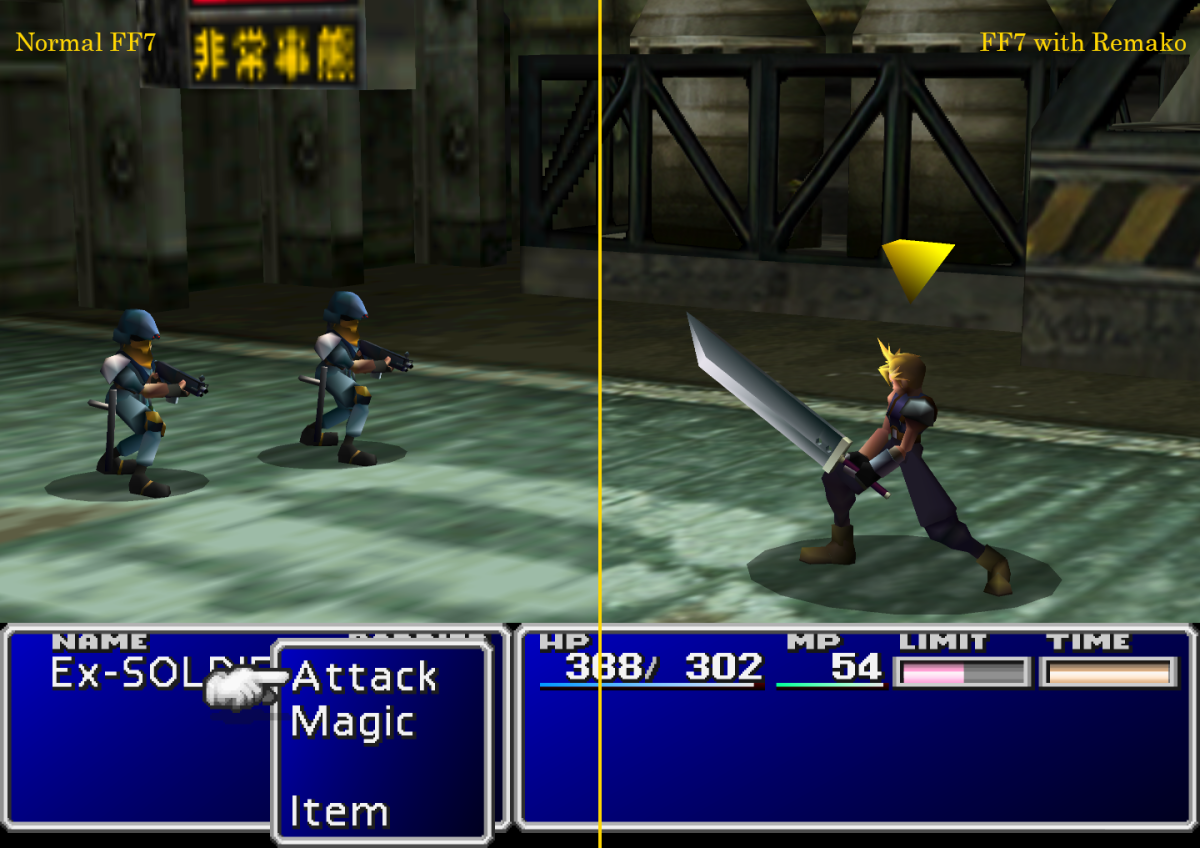 While we twiddle our thumbs and wait for the inevitable announcement of a PC version of the Final Fantasy 7 Remake, playing through the original game isn’t a bad plan for new and returning players alike. And what better way than as Shiva intended, with an upscaling mod that makes FF7 look great (or, at least, as good as possible) on modern high resolution monitors?

More features are on the way, too, in a big update to the mod originally intended to release before the PS4 launch of FF7 Remake. The modder is adding an easier install process, an HD user interface for every interaction, big bug fixes, and compatibility with The Reunion mod, which is a major plus. They’re also fixing up some of the existing HD textures with new upscales. The latest version of Reunion includes a completely new translation based on the original Japanese script, higher quality audio, a difficulty rebalance, improved character models, 60 fps battles, and more.

Once this last Remako update hits, pairing it with Reunion might be the definitive way to play the original FF7. Modder CaptRobau cites work and some health issues in the family as a reason for the delay, but now wants to turn Remako into “one for the ages” and make it feel like “a proper Square Enix remaster.”

Lucky for PC players, there’s plenty of time yet. The latest Final Fantasy 7 Remake trailer literally states it was captured on PC, so we’ll likely just need to wait out that year of PlayStation exclusivity.