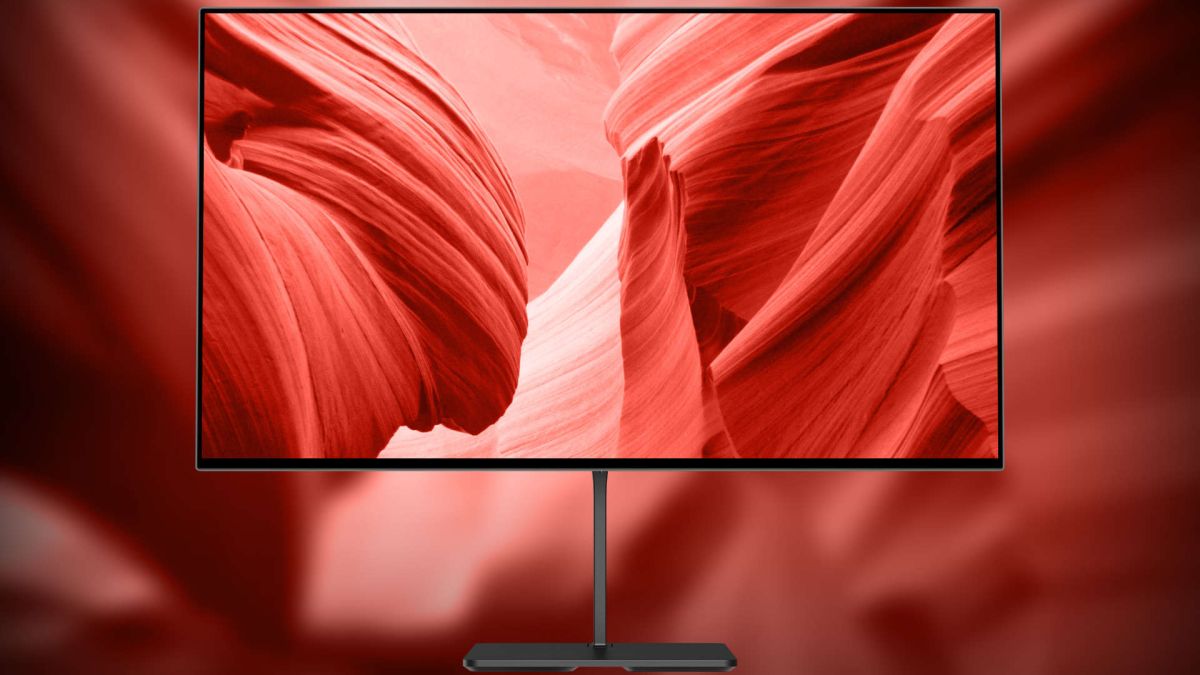 The Eve Spectrum gaming monitor is aiming to answer all our panel-based prayers. As a device crowd-designed to fit the needs of a demanding audience, the Eve Spectrum is promising a whole lot. And to ensure that promise is to be met a lengthy update and Q&A has just been published on the Eve Community site. It covers topics from HDMI 2.1 support and new designs, to backlighting and the controversy relating to its first product, the Eve V.

The 27-inch Eve Spectrum was first announced last year with the finalised specs and chassis design nailed down a short time after. It’s a beautifully understated display, with pricing and a specs list for the three models in the range which could make them some of the best gaming monitors of next year.

The top of the range model is a 4K 144Hz screen, with a 750 nits peak luminance, the middle child is a 1440p 240Hz display rocking the same essential panel specs, and the lowest spec model still sports a 1440p native resolution but with a 144Hz refresh rate and 450 nits maximum brightness.

All of them are rocking an LG-made IPS panel, though a different one for the cheaper model than the two higher spec screens. They are all still G-Sync compatible, FreeSync Premium Pro certified displays, and all provide a 1ms response time. Yes, on an IPS panel.

One recent addition to the new gaming monitor is a pair of HDMI 2.1 ports. That will make the Spectrum one of the first to sport such connectivity… admittedly ahead of any devices that might actually make use of it.

“The added bandwidth over HDMI 2.0,” says Eve, “allows for higher resolutions at higher refresh rates, which allows you to drive these panels at the best possible image quality. Since the new spec also includes support for variable refresh rates, you’ll be able to make optimal use of the power of the upcoming graphics cards and, of course, the next generation of consoles.”

HDMI 2.1 will ensure adaptive sync over HDMI is in place for the new consoles, but an Eve tech guy has also explained that it will enable “Adaptive Sync on next-gen Nvidia over HDMI” too. It should also make a difference for the 4K model, allowing 144Hz at 4K without having to resort to compression.

Spectrum will also come with multiple DisplayPort 1.4 connections, allowing for Display Stream Compression (DSC) which “VESA describes as a ‘visually lossless’ compression to the images being sent to the monitor to make better use of the available bandwidth, enabling the high resolutions and refresh rates Spectrum offers.”

Eve had originally planned not to include any local dimming on the Spectrum’s backlighting, due to the fact that full-array backlighting, using a huge number of different lighting zones, delivers the best effect—but is also super-expensive.

“Everything we’ve tested so far ended up harming the image quality,” says Eve “bringing us back to a backlight module LG designed for this panel that does use local dimming. We did make sure that it can be disabled, allowing for no-, global- or local dimming, with global dimming being the default setting out of the box.”

With the ongoing global situation around the novel coronavirus there have been some delays, most notably to the launch of the ‘entry-level’ Eve Spectrum, the Model 1. That’s being given a Q1 2021 release window now, but the Model 2 and Model 3 are still on track for release this year. At the moment though that’s still just being presented as a Q4 timeframe.

There is already a pre-order page up and running where you can lock down the current price for a $100 deposit, with the potential for the price to rise once the monitors are fully released out into the market and in major retailers around the world.

Now, we would always caution against pre-ordering either games or hardware, until you know exactly what you’re getting. But the deposit is stated as fully refundable… which would be 100% if Eve didn’t have a troubled history on its last crowd-designed product, the Eve V.

That was billed as the Microsoft Surface killer, had a great specs list, but was seemingly delayed to the point where it started shipping once the next-gen Surface had arrived making it seem a little last-gen. To compound that one of the companies licensed to sell the tablet, Fortress Tech Distribution Ltd, which operated the direct web store ran into major problems, didn’t deliver devices and refused refunds. That’s lead to a lot of ill-feeling across certain parts of the community.

But Eve has again promised those issues are a thing of the past.

“We’ve changed our business model and the way sales are handled,” says the Q&A, “to avoid a number of issues that have plagued us in the past.”

There are also ambitious plans to get the screen into bricks and mortar stores across the world, with Eve’s native Finland and the retailer, Verkkokauppa, reportedly being first up. Being able to see a screen in the flesh (so to speak) is always preferable to just looking at a few fancy renders online. And means you can get what you pay for right then and there.

We’ll have a review unit of the Eve Spectrum around launch, and if it can live up to the hype it could be one of the finest monitor ranges going.