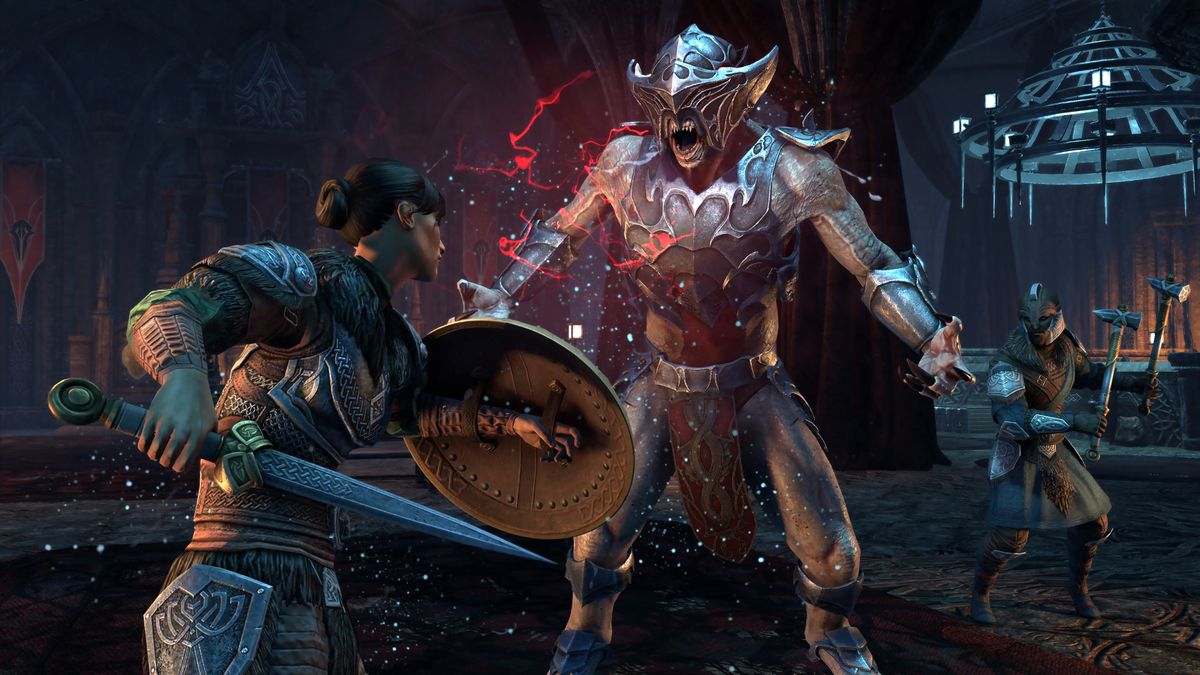 The Elder Scrolls Online is shedding the price of its subscription for a week, letting everyone try out ESO Plus membership, which includes access to all the DLC game packs, until April 27.

The MMO is playable without a subscription, but that leaves you with a lot of DLC to buy; ESO Plus membership lets you save your crowns, however, giving you access to a whopping 16 game packs, up too and including last month’s Harrowstorm DLC.

You’ll get a bunch of other benefits, too, including a crafting back that magically gives you unlimited storage for all your crafting supplies, double bank space, and a buff to XP and gold acquisition. You won’t get the monthly stipend or ESO Plus deals in the shop, however, as they’re just for paid members.

While The Elder Scrolls Online is free-to-play, you still have to purchase the base game, which is currently £15/$20 on Steam.

If you already have the MMO in your library, it’s a pretty great deal, though quite a lot of the game packs’ contents won’t be immediately accessible if you’re starting a fresh character.

The highlight for me has got to be the Morrowind expansion. It’s not quite the same as playing a modern Morrowind—this is still an MMO, after all—but it’s as close as we’re likely to get. The game’s also returning to Skyrim soon via the Greymoor expansion, but you’ll need to wait until June for that.

The ESO Plus free trial is available now.