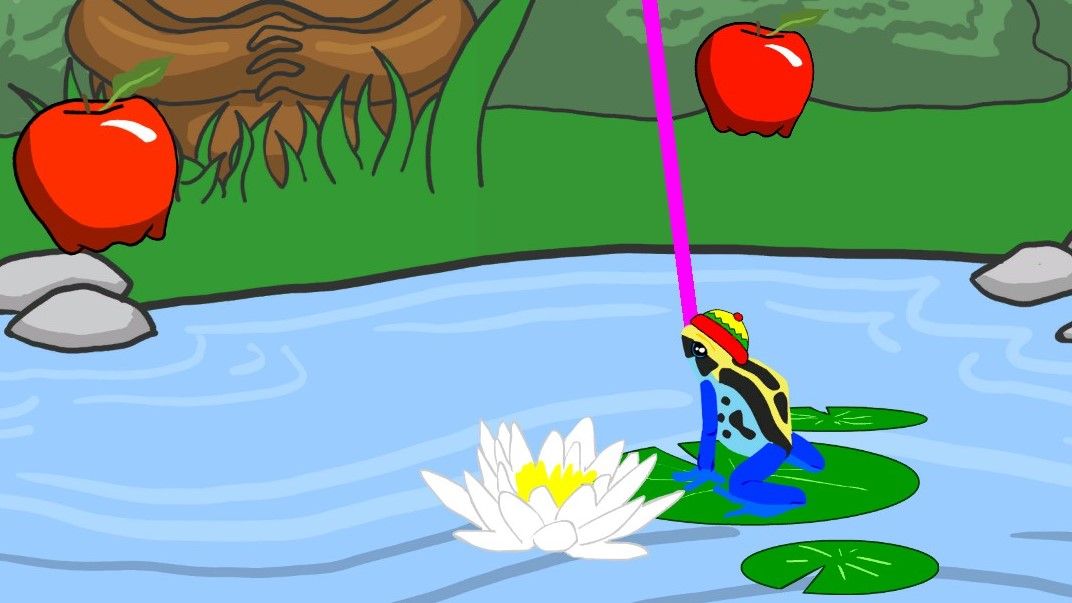 Yesterday I reported on the Steam release of a 4K remaster of legendary flash browser game Frog Fractions on Steam as Frog Fractions: Game of the Decade Edition. I personally called it “perhaps one of the greatest indie games of all time” and I suppose I should actually correct myself: it is perhaps one of the greatest indie game series of all time. I will spoil nothing about that here.

Anyways, I closed that out by saying “Someone do let me know if the $8 Hat DLC is Frog Fractions 3.” After that I went and bought the $8 “Hop’s Iconic Cap” DLC, because I cannot help myself, and it is in fact, Frog Fractions 3. After purchasing the DLC you can click a toggle on the game’s menu screen to have protagonist Hop start the game wearing a little beanie. (It’s a nice hat.) If you start without the hat, the game you play is Frog Fractions as you might remember it.

If you start the game wearing the hat you’ll be prompted to choose a save slot before being dumped into what seems like Frog Fractions, but is very much not. I won’t spoil that for you.

I’ll personally say that this is the long-lost game known as Frog Fractions 2 until the day I die and nothing you can do will change that.

To celebrate the release, Crawford has discounted the Hop’s Iconic Cap DLC and Glittermitten Grove as part of the Frog Fractions Cinematic Universe bundle, now on Steam.