The Destroy All Humans! remake features a new “lost level” set in Area 42 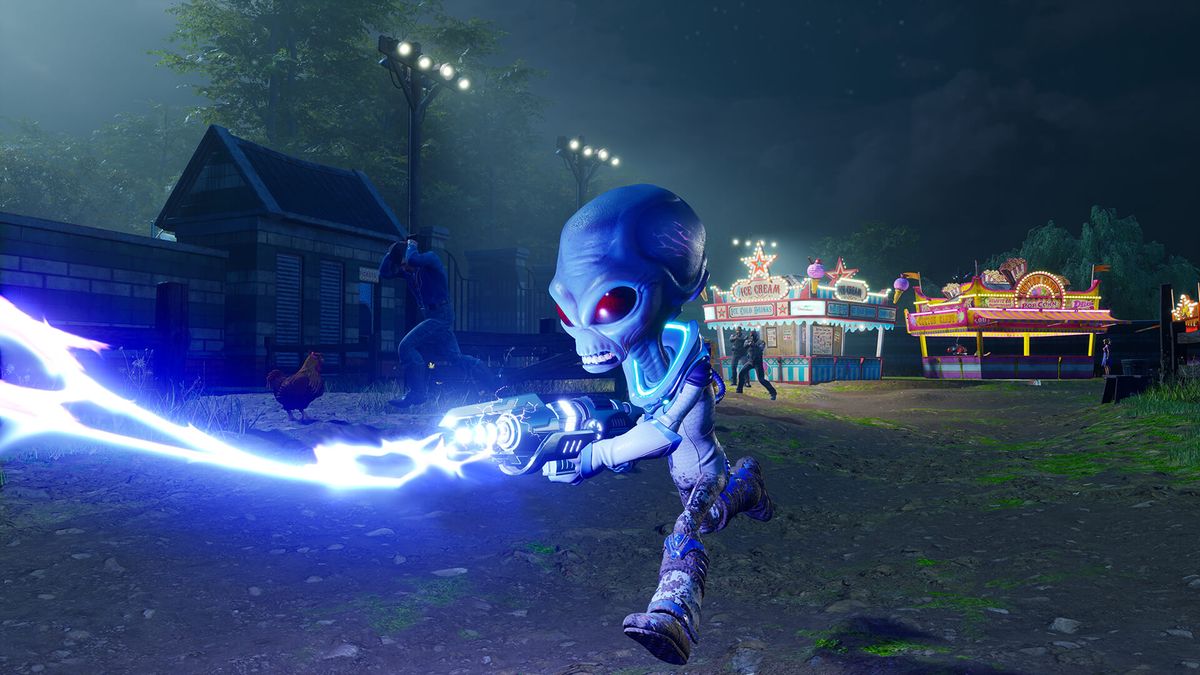 THQ Nordic and Black Forest Games has given us a sneak peak at a “lost level” that has been “rediscovered” for the upcoming remake of Destroy All Humans.

While the rest of the game is an updated remake of Pandemic’s 2005 PlayStation 2 and Xbox game that sees you help bug-eyed Crypto take over the world in order to save his species, this level, called “The Wrong Stuff”, is a brand new stage set within ‘Area 42’. By stealing people’s bodies and using your alien arsenal of weapons and psychic abilities, you must investigate a project by the humans to reverse-engineer their very own flying saucer.

The level itself is new, but THQ Nordic isn’t entirely wrong by calling it a lost level, either, as one with the same premise was scrapped during the original game’s development. It’s part of Black Forest’s attempt to make the remake more of an enhanced and restored version of the game we saw in 2005, featuring refinements such as a new lock-on system while also being faithful to the missions and areas of the original.

The Wrong Stuff is the first bit of new Destroy All Humans content since 2009’s Path of the Furon on the PlayStation 3 and Xbox 360. The series went on hiatus after that, and THQ Nordic (then known as Nordic Games) picked up the rights to Destroy All Humans after the original THQ went bust in 2013.

The remake, which is also the first time the series will be playable on PC without emulation, is due for release on July 28. If you just can’t wait to tear up the ’50s as a little grey man, you can play a demo of it on Steam right now.