The Chex Quest remake is finally out, still miraculously crunchy 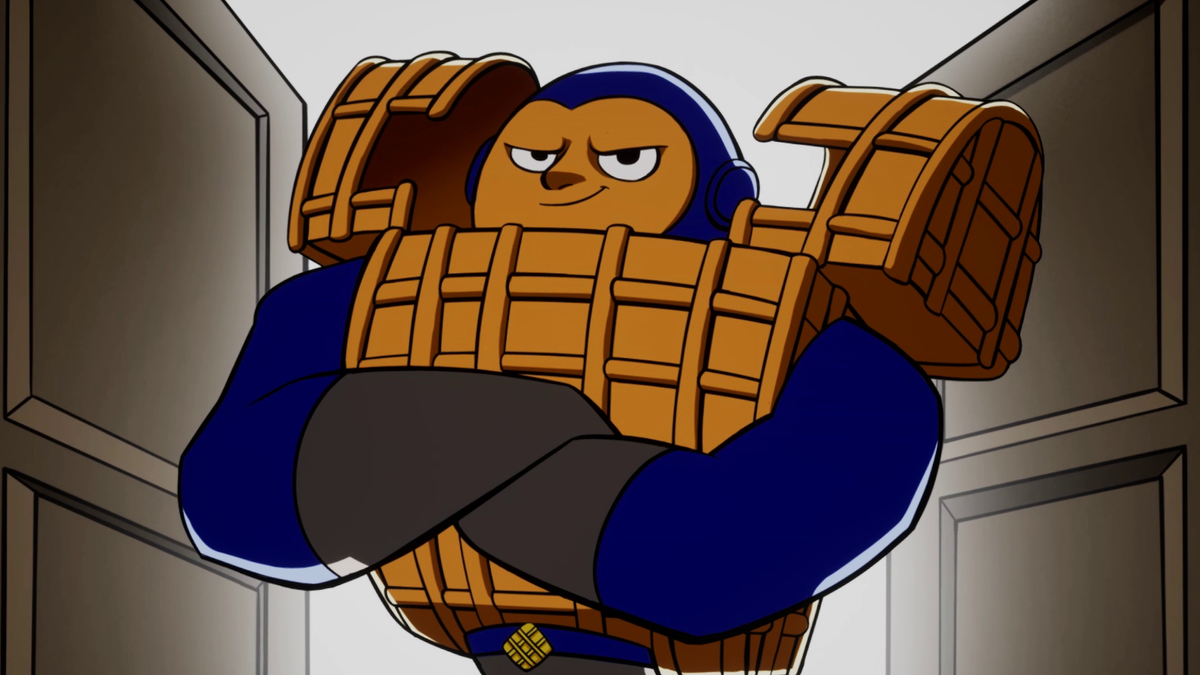 Chex Quest HD, the remake of the 1996 promotional Chex shooter built in the Doom engine, is out now and free on Steam. The remake adds new playable characters, cartoon cinematics, a multiplayer mode (I don’t know why either), and some new gameplay features, like the ability to jump. But don’t worry, the sounds of doors opening is still loud as hell. Sure preserved that, they did.

If you, like me, were wondering what the hell Chex Mix is doing taking over the promotion of Chex Quest, a game clearly set within the cereal portion of the General Mills Cinematic Universe, prepare for a sneak snack attack. Because snacks have attacked the sacred lore, with five new playable characters joining the roster based on the various types of Chex Mix snack pieces. Unfortunately, The Weird Flavor Dust That Collects At The Bottom Of The Bag Man is not a playable character. I blame the devs at Flight School Studios, who were clearly distracted making Creature in the Well, that pretty rad pinball-slasher hybrid from last year.

Extra characters are tied to product promotions, redeemable via codes found in specially marked bags of Chex Mix and through Chex Mix social media channels. At first I thought I wouldn’t recommend following Chex Mix on Twitter, but honestly, a curated feed of retweets and half-baked memes celebrating a mediocre snack is a pretty safe vibe right now, especially compared to the rest of Twitter. I mean, I still don’t think you should follow Chex Mix, but I suppose it’s easy to do much worse.

I jumped in for the first two levels, and Chex Quest HD is clearly a low-budget remake of a promotional game made in an even older shooter engine, but it’s still pretty charming. It might only be so potent for me because I’m pretty sure I played Chex Quest long before Doom or Wolfenstein. Imagine being a kid with parents that outlawed games only for one to literally fall out of a cereal box. It was my secret. I disappeared so many Chex-hungry aliens, ready to unplug the entire power supply the moment my dad walked in.

The remake doesn’t do much to evolve the experience, cute as it is. You’re still mostly sliding around tight corridors, bopping slow-moving monsters with a non-violent projectile that simply teleports them back to their home planet in place of blowing them to hell. Colored keys unlock corresponding doors, secrets are stuck behind hidden doors—it’s Doom for kids and/or the Chex elite, but with updated 3D models, a little too smooth and featureless to out-charm the original sprites.

Chex Quest HD is still one hell of a novelty, though. A Steam release of those original games would be ideal, but I’ll take this strange, Chex Mix-tinged adulteration for now. This might be some kid’s gateway to Doom Eternal, after all, and that’s a beautiful thing.