The Chex Quest remake is coming to Steam this summer 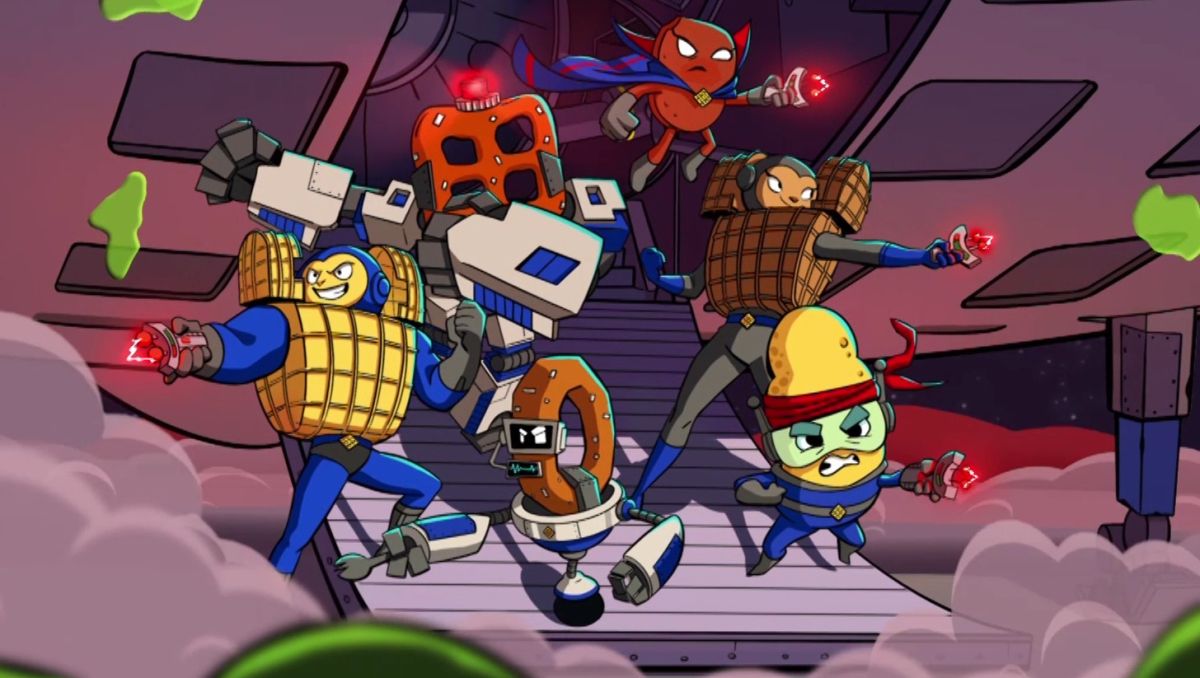 I never played Chex Quest, the promotional Doom total conversion released in 1996, so I will have to take Evan’s word that it was—and this is a direct quote—”gaming’s best cereal-based shooter.” Because Chex Quest is indeed based on Chex, the breakfast cereal that’s been in bowls since the mid-’30s: It’s still a first-person game, but reflecting the sensitivities of its younger-skewing audience, it forgoes shotguns, rocket launchers, and demons for “zorching” devices used to send anthropomorphic boogers back to their own dimension. Family-friendly fun.

I’ll be honest, I don’t see the appeal, but back in the day it was many young PC gamers’ free gateway into first-person shooters. Players legitimately enjoyed the game, and according to The Hub Magazine (via the Wayback Machine) sales of Chex skyrocketed as a direct result of the promotion. It actually earned a sequel, Chex Quest 2: Flemoids Take Chextropolis, and an unofficial third part for ZDoom that was released in 2008.

But wait, there’s more: In 2016, Charles Jacobi, the lead artist on the original, revealed that Chex Quest HD was in the works. It was a sideline thing, and so “progress is slow,” Jacobi said at the time. He wasn’t kidding: Since that 2016 reveal, a whopping three teasers have been released, one of them a remaster of the Land Zone theme song. But that’s all set to change in 2020, as Chex Quest HD has now appeared on Steam, complete with a summer 2020 release window.

“The Intergalactic Federation of Snacks’ outpost on the remote planet of Bazoik has been overrun by evil cereal-eating creatures from another dimension!” the listing says. “These slimy ‘Flemoids; have taken the citizens of Bazoik captive and it is up to you and the Chex Mix Squadron to free them. Thankfully you have a handy array of ‘zorching’ devices which can send these invaders back to their home dimension so you can succeed in your mission.”

The page describes Chex Quest HD as “a modern, multiplayer remake of the classic 1996 FPS advergame,” but it sounds very deeply rooted in its past. Multiplayer is limited to split-screen, although it will work with Remote Play, and there’s no indication that it will support achievements, cloud saves, or any other “modern” Steam features. But maybe that’s how fans want it: This is a game that literally came out of a cereal box, after all.

Speaking of boxes and weird nostalgia, Limited Run Games has announced that physical editions of Chex Quest HD are in the works, as is a soundtrack on vinyl. Conversation has also resumed on the Chex Quest fan forums—and yes, it’s still running—and while it’s early days, there is also what you might call “palpable excitement” in the Steam discussion group.