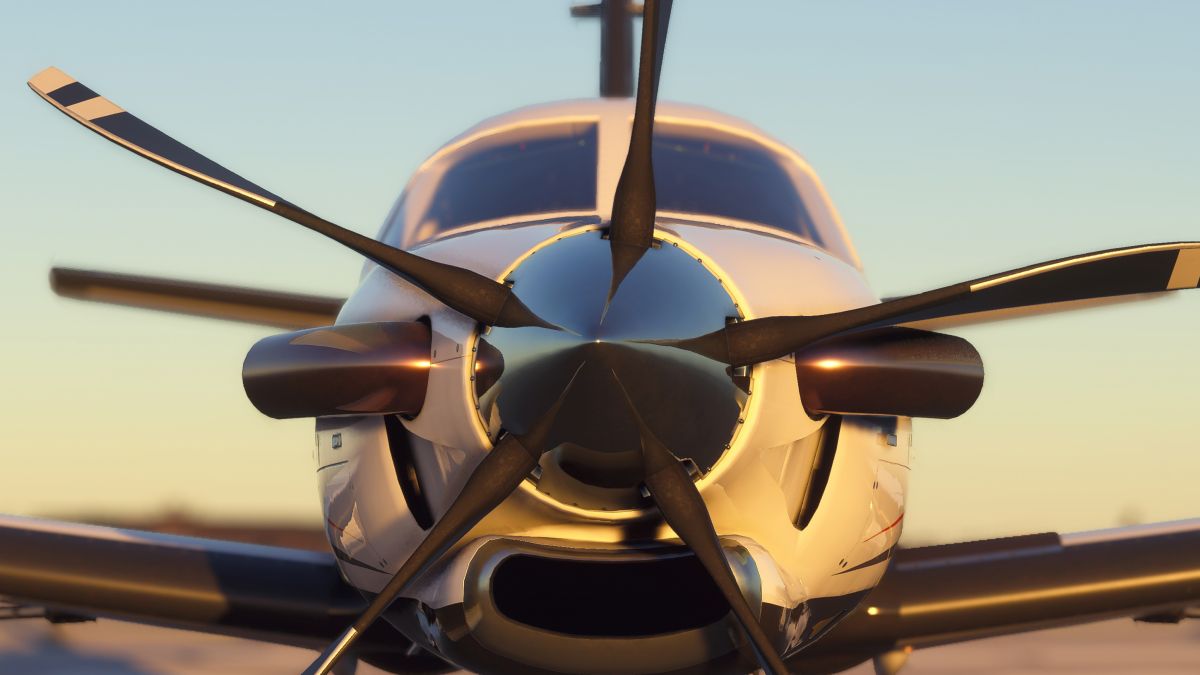 I’m starting to feel the pressure of being extra-productive since we’re all staying at home so much, so maybe this will finally be the weekend I organize my office space, clear out my desk, and tidy up my cables. Maybe I’ll even follow Tyler’s advice on how to sit properly.

Or, maybe I’ll just do like always and play more games. Though we’re seeing a few more delays than normal as the result of developers having to adjust to working from home, there are still plenty of new games out. This week we reviewed XCOM: Chimera Squad (which was only announced a week ago) and Cloudpunk, and we’ll soon have a review of Gears Tactics up, which releases next week on April 28—same day as Snowrunner.

The games, thankfully, never stop coming. And neither does the news about those games. Here’s a roundup of the biggest PC gaming news stories this week:

We’ve been ooh-ing and ahh-ing over Microsoft Flight Simulator screenshots and videos all year, but also wondering if our PCs will sound like a jet engine when we try to run it. Turns out the specs are pretty reasonable. Prepare for takeoff sometime (hopefully) this year.

It’s still a fantastic OST, but it’s quite a shame composer Mick Gordon didn’t (for reasons unknown to us at the moment) get to mix all the tracks. I know movies get director’s cuts, so maybe someday this soundtrack will get a composer’s cut.

Team Fortress 2 and CS:GO source code leaks, but Valve says not to worry

There was a bit of hysteria as source code for TF2 and CS:GO leaked, and some community servers quickly shut down for fear of malware and other worries. But Valve reviewed the code and said there’s no reason to avoid playing those games.

It seems to happen occasionally during events if a player is killed with a friendly NPC nearby. The NPC grabs the player’s best weapon and, um… they won’t give it back. Ever. Until there’s a fix, either don’t bring your best weapons to events. Or don’t die, I guess.

The crowdfunding champion still has no release date, and this week some of the dates on its roadmap were moved, or removed entirely. Fans weren’t happy to hear of still more delays for Star Citizen, which has been in development for almost 10 years already.

The PC Gaming Show will return on June 6

Hell yeah! There’s no traditional E3 this year, but that doesn’t mean we can’t continue to celebrate PC gaming. The PC Gaming Show will broadcast on Saturday, June 6. We’ll have more details, like who will be joining in on the fun with us, in the near future.

What? You want even more news?

Steven has some excellent news about World of Warcraft, saying the roguelike dungeon coming in the Shadowlands expansion is “the best damn thing added to World of Warcraft in years.” He’s been playing on the test server and says he hopes the fun new dungeon “becomes a permanent fixture in Azeroth.”

Conversely, Tim isn’t happy with Destiny 2’s new Guardian Games, calling them a mess with “onerous bounties and gear locked behind microtransactions.” He does, however, like to see loot exploding from enemies, which he likens to “rolling a grenade into the slot machines in Vegas.”

Also this week, Rachel talked to the developer of the upcoming Hokko Life, an Animal Crossing-like coming to PC—which is great news for those of us who don’t own a Switch and are a little weary of people discussing turnip prices in front of us like we know what they’re talking about.

Andy tried his hand at Drug Dealer Simulator, a game he found “ugly, dumb, and kinda clunky,” though he also admits there’s something compelling about it. He sold speed he cut with baking powder which he called ‘Super Amphetamine’ which I think makes him the new Stringer Bell.

Meanwhile, I decided Fallout 76 finally feels like a proper Fallout game with the addition of the Wastelanders expansion. The new human NPCs and factions, plus a new dialogue system based on Fallout 3, have done wonders for making Appalachia a more interesting place, especially for solo players.

To stay up-to-date on PC Gamer’s news and features, you can follow us on Twitter and Facebook, subscribe to our newsletter, listen to our weekly podcast, or just refresh the homepage waiting for whatever happens next.