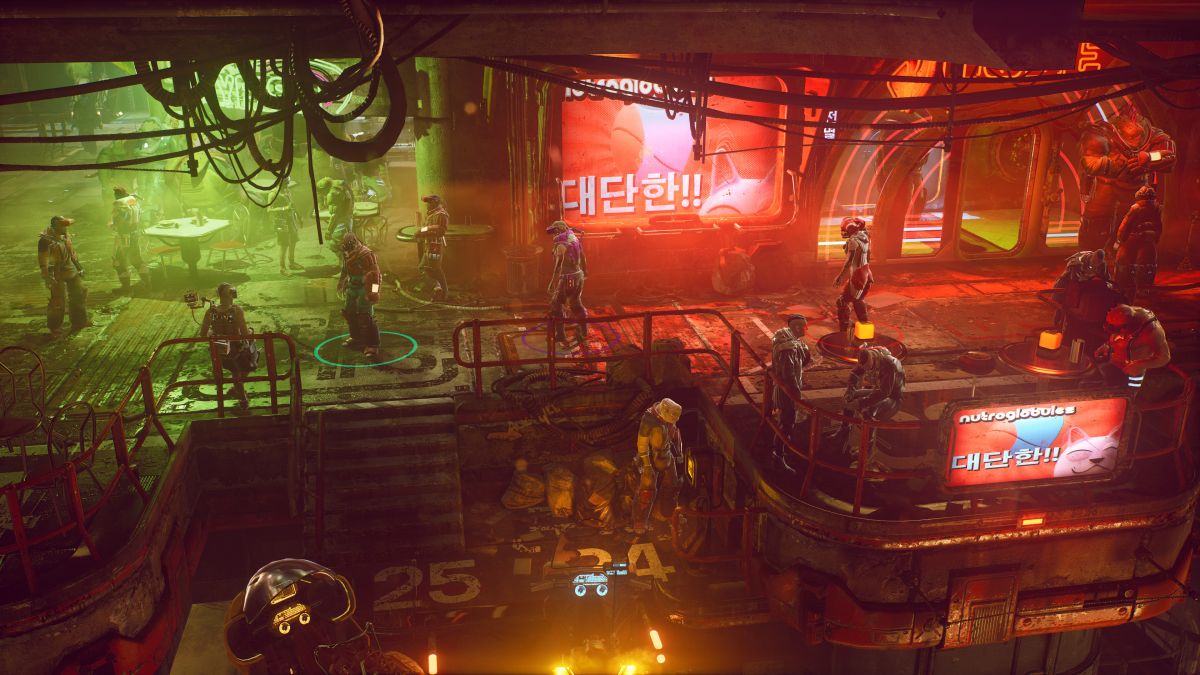 Announced during yesterday’s Inside Xbox, The Ascent is a beautiful action RPG that’s also coming to PC sometime this year. It’s single-player, it’s four-player co-op as well, and it’s set in a lovely, top-down cyberpunk city that will offer an “unprecedented sense of verticality.”

That’s from the Steam page, which also says this will be a story-driven game, with a “free-roam play style”, looting, augmentations, and perhaps most excitingly, “cyberwear”. I’m imagining glowing neon loungewear right now, and you can’t stop me. The plot? Oh yes, the plot:

“You play as a worker, enslaved by the company that owns you and everyone else in your district. One day, whilst sent on a routine assignment to make use of your skills with a cyberdeck, you are suddenly caught in a vortex of catastrophic events. The Ascent Group, the largest mega corporation on the planet, shuts down for unknown reasons, causing the automated security systems to go haywire.

“The survival of your district is threatened: rival corporations are trying to force appropriation and crime syndicates are looking to boost their black-market augmentation trade. You must take up arms to stop them from seizing control and embark on a new mission to find out what started it all.”

Have a watch of the trailer above, or saunter over to Steam to learn more, or see some GIFs of this handsome game in action. Thanks, Wccftech and IGN.