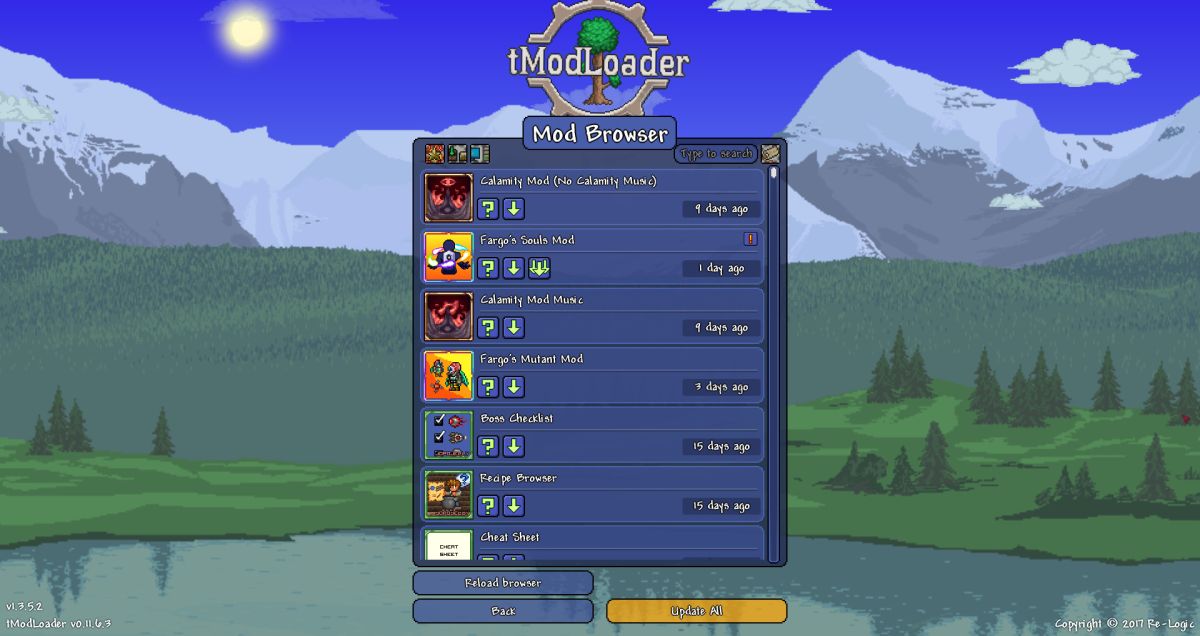 Terraria may have gotten its final update, but it still has years of life ahead of it. The Journey’s End update, released on Saturday, added a monster list of new items and a super customizable new “Journey mode”, propelling the game to an all-time high number of players on Steam. After this update the Terraria developers plan to finally move on to a new project, nine years after its release. But they’re setting the game up to continue getting new features by adding the community-made mod loader to Steam.

You can download tModLoader for free on Steam, and Steam Workshop support will be added in the future to bring Terraria mods to Steam for the first time. Previously, mods have only been available from external modding sites, with tModLoader being a universally used tool. “Though fully-integrated official mod support is not something that is feasible within the Terraria codebase, tModLoader has served faithfully as that ‘bridge’ between the main game and the amazing library of player-created mods that exists for Terraria,” the Terraria devs wrote on Steam. “With this launch, modding has never been more visible or accessible for Terrarians.”

Workshop support will make that especially true, as mods will be easy to install from a quick click on Steam. tModLoader currently supports version 1.3.5 of Terraria, the latest version prior to the Journey’s End update, but its developers are already working on support for 1.4, Journey’s End. Mods themselves will take a while to catch up to the latest version.

tModLoader truly is a community-led project—it’s open source, which means you can follow changes in its development on Github. And now the same goes for Terraria itself, which is sure to live on as a platform for mods for years to come.

“The Re-Logic team felt strongly that with Journey’s End being the final major content update to Terraria, there was no better way to tie things off than to hand the keys over to the fans,” the developers wrote on Steam. “With tModLoader and a stable foundation to work from in 1.4, modders are now free to explore any number of ways that the game might be interpreted or experienced. We cannot wait to see where you take this wonderful world that we have created!”