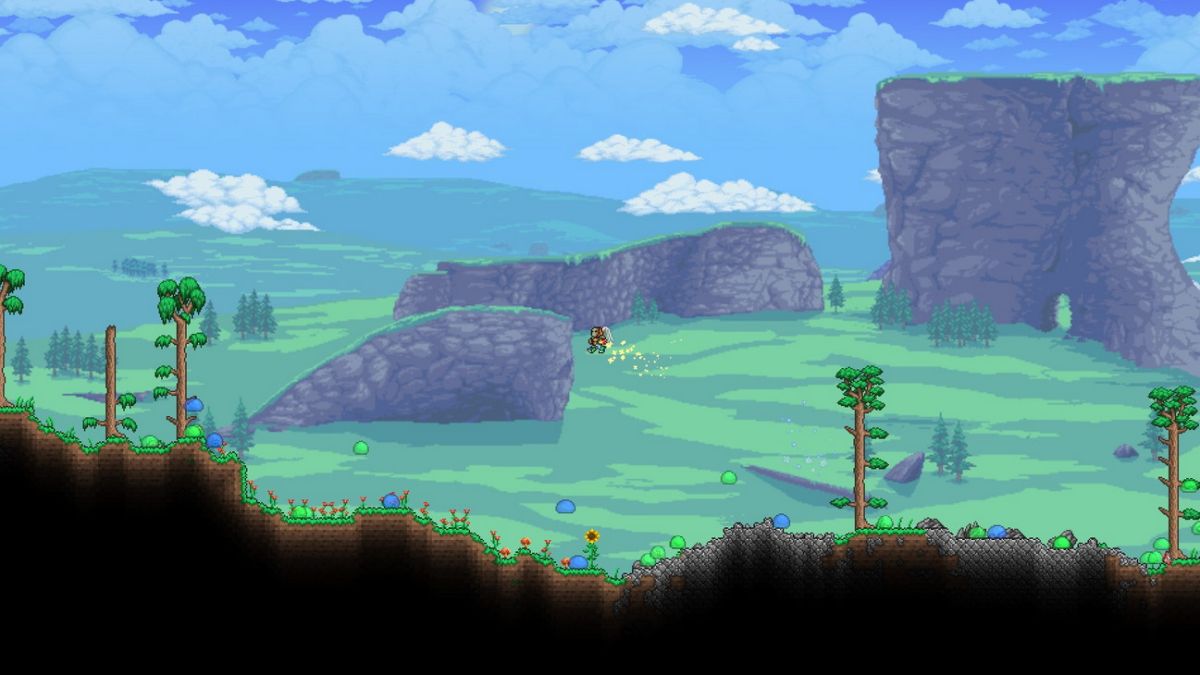 The Terraria: Journey’s End update will bring a hefty amount of new content and features to the nearly decade-old sandbox game, including items, enemies, mini-biomes, and two new difficulty levels: Master Mode and Journey Mode. Master Mode seems obvious enough—it’s going to be tough—and we’ve speculated previously that Journey Mode might be a creative mode of some sort.

Today developer Re-Logic finally revealed what it’s all about, saying that it’s not a creative mode, but “a whole new way to experience Terraria” that enables significantly increased levels of freedom in, and control over, the game: “The ultimate evolution of being able to play your Terraria, any way you want.”

“The goal of Journey Mode is to provide a more accessible experience by providing the player with unprecedented control over the gameplay experience,” Re-Logic said. “A way to bring in all players of various skill levels and to be able to customize your experience to optimize the fun you have in the game.”

All due respect to Re-Logic, but it is sort of a creative mode. For one thing, Journey mode characters can only be used in Journey Mode worlds, and conversely, characters from the other modes are not allowed to venture into Journey Mode—no exceptions. Journey Mode characters also begin with an “advanced starter gear package,” as the studio calls it, which includes:

That’s obviously going to make for an easier start in the new mode, but where it starts to get really interesting (and where the creative mode similarities kick in) is in “Research and Duplication.” It’s a new option that enables any of the more than 5000 items in the game to be “researched,” which is simply a matter of acquiring a sufficient amount of the item in question, after which it can be duplicated at will. Once you’ve put 100 wood into R&D, for instance, you’ll be able to create unlimited wood, at will.

Updates to the inventory interface, with a search option and filter tabs, will make it easier to manage what will no doubt be a much larger pile of stuff in the game, and of course being able to build freely will be vastly enhanced. You’ll also be able to share your wealth with others: R&D works in multiplayer, so after you’ve unlocked an item you can immediately create enough for your friends to unlock it for themselves.

There’s also an option to increase the placement range by what is, to my eye, a lot:

Journey Mode also enables control over rain, wind, and even time: You can move the clock immediately to dawk, dusk, noon, or nighttime, accelerate time, or freeze it completely. A God Mode option will be available, which will vastly simplify life in the game, and you’ll also be able to turn off the spread of Infection, which spawns new types of enemies after the Xenomite Crystal has been defeated.

If “easier” isn’t your thing, it will also be possible to go in the other direction. While the difficulty level for normal games is selected at the world creation menu, Journey Mode will enable it to be adjusted on the fly: You can eliminate enemies altogether, or you can make them all Master Mode monsters. You’ll also be able to adjust the spawn rate, so if you want wall-to-wall foes to fight, that’s doable. The difficulty slider will impact all players in a multiplayer session, but the spawn rate only affects the area immediately around your character, which allows a little bit of a personalized challenge.

The mention of Master Mode would also seem to confirm what we expected: That it will be a high-level challenge for advanced players. Re-Logic didn’t say anything further about it, however, so we’ll have to wait to find out more about that. But not much longer: Terraria: Journey’s End goes live on May 16.