Teardown is a ridiculously fun and satisfying game that, despite some questionable campaign design choices, will keep you entertained for hours upon hours. The sandbox mode and mods add infinite life to the game because its core premise of breaking stuff truly never gets old. 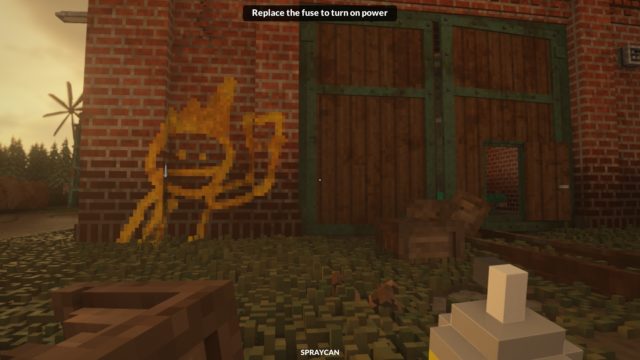 I’ll admit, I was interested in Teardown because I saw a funny Let’s Play of it. The idea of breaking everything in a voxel environment is pretty strong, because who doesn’t like to knock down structures and break everything around them in a game? So, I excitedly took on Teardown, and I sure am glad I did, because it’s just plain awesome.

The story of Teardown is told primarily through e-mails and the TV in your hub. You run a teardown service with your mother that’s run on hard times. A somewhat shady offer comes up, and you take it in an attempt to recoup some cash. What follows is a downward spiral or more and more criminal acts, until you’re destroying buildings at night to sabotage companies and driving cars into lakes. It’s an interesting narrative for a game that really didn’t need one, and I quite like that Teardown tells its tale without lengthy cutscenes or exposition. 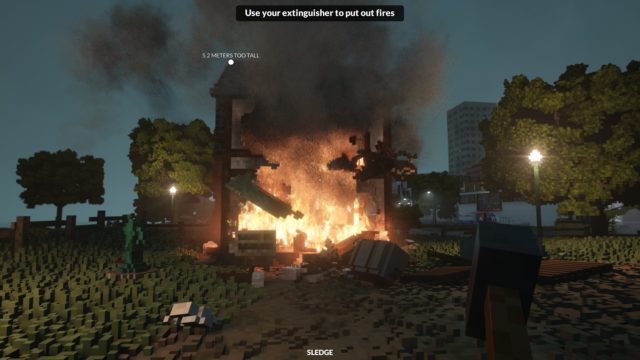 The campaign is enjoyable, but chances are you’re here for the gameplay, which absolutely rules. You start with a sledgehammer, spray can, and fire extinguisher, which is more than enough to get your demolition journey started. Your sledgehammer can break most things, and the spray can can be used to write or draw on any surface. The first few missions have you breaking walls and whatnot, and later, you’re detonating bombs to knock down silos.

“I can’t wait to see what else becomes popular, as plowing through user-made worlds is a great idea.“

You get more tools as you complete more objectives, and by stealing valuables from each stage, you earn the money to improve these tools. More shells for your shotgun (which can blast through previously unbreakable walls,) more fuel for your flamethrower, and the list goes on. Every few stages, you find new ways to do things and more ways to make your own fun. 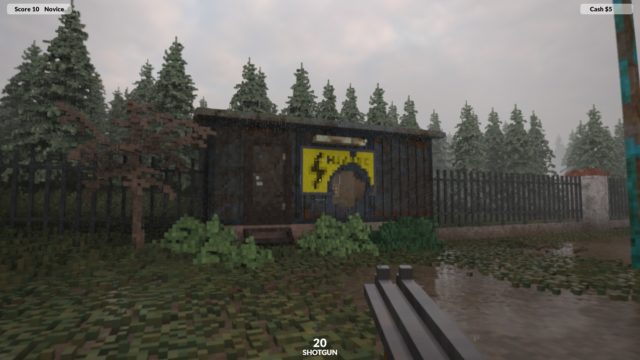 The one exception to this comes in how the Campaign plays out. Quite a few of the missions have you stealing things or breaking things and setting off a security alarm, which gives you 60 seconds to complete the stage. Way too many stages have this mechanic, which rushes you through expertly made areas that are ripe for destruction. It’s a shame, as the stages that just have you tear down buildings and structures are a joy, so I wish the vast majority of the campaign was destruction-based.

Outside of the campaign, there’s a full-fledged sandbox mode that lets you destroy everything in any area you’ve unlocked and full Steam Workshop support for mods. Sandbox mode is a great feature that lets you appreciate how impressive the different stages are, as you have all the time in the world to destroy them. Then there are mods, which add infinite playtime to Teardown. Some of the popular mods at the time of writing include different cars, ragdolls, and famous locations like Hogwarts to tear apart to your heart’s content. I can’t wait to see what else becomes popular, as plowing through user-made worlds is a great idea. 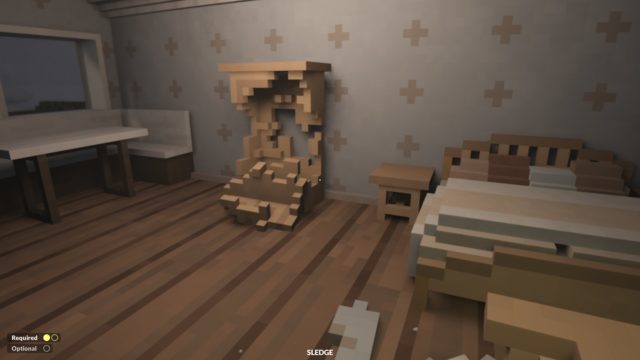 Teardown looks great, as it uses the voxel style to make smashing stuff even more of a blast. The stages are of very high quality (given the intentionally blocky appearance of the game,) and the objects are all crafted to be recognizable even as blocky pixels. The physics of destruction add to the insanely satisfying nature of Teardown, as things fall and collapse onto themselves with wonderful weight. Just breaking stuff has never felt so good, and I can’t say enough about how fun it all is.

The Final Word
Teardown is one of the most satisfying games I’ve ever played. The Campaign has some wonky design that can be a bit of a slog, but the mechanics behind destruction and the sheer joy that comes from knocking over huge structures are simply incredible. If you feel like just wrecking some stuff, this is the game for you.