Team Fortress 2 is under attack by bots, and not the fun kind 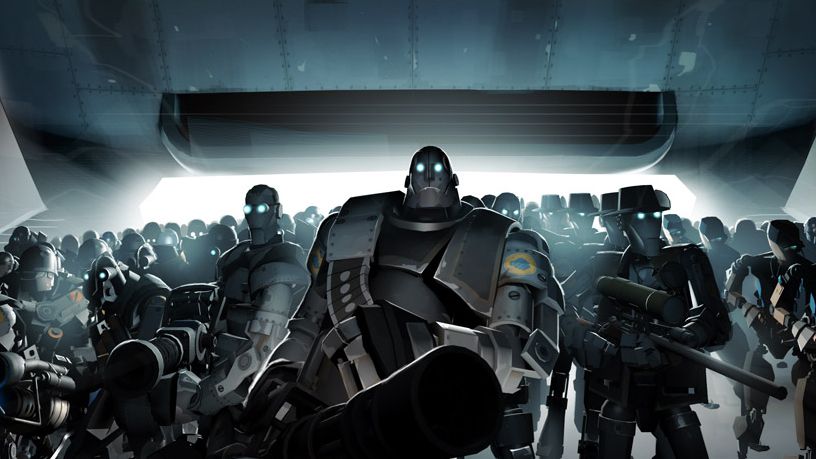 Reports of Team Fortress 2 crimes spiked over the weekend, with widespread accounts of a “lag bot” invasion ruining casual matchmaking. Malicious bots are not new to TF2, but these bots are especially frustrating because not only do they rack up kills with automated aiming, they also crash servers when legitimate players attempt to kick them.

Based on the state of the TF2 subreddit, which now features a megathread just for discussion about the bots, the problem is not minor. “March was honestly the calm before the storm,” writes user DerpyEinstein. “April is 10x worse than it was two weeks ago.”

The bots are mostly disrupting casual matchmaking servers, leading some to point out that community servers are largely free of the bot scourge and offer a more traditional Team Fortress 2 experience anyway. The most upvoted comment in the bot megathread rebuts that argument.

“A quick reminder that you shouldn’t have to play on external community servers to play the damn game,” writes user fivesofclubs. “The blame is completely at Valve’s feet for their inability to provide a functional product for their customers and we should stop making excuses for them.”

I thought I queued for casual? from r/tf2

Above: At least some of the subreddit is having fun with it.

KritzKast creator Agro tells PC Gamer that he was personally hit by “script kiddies and their lag bots” two or three times today while playing the game. He notes that the only way to deal with cheating bots has been to vote kick them, but because these bots crash the server before being kicked, there’s nothing players can do. “It’s not a good feeling knowing that you’re powerless to do anything about it,” he said.

I was disconnected from a few casual matches today, though it wasn’t obvious whether the disconnects were due to bots or something else—none of the people in the server at the time of the crash stood out as potential culprits. It’s possible that those behind the bots have started using display names that aren’t as obvious as “COVID-19 // Lag-Bot.”

I did encounter one group of villains, though: Over the course of a few matches,  furry-bots 10, 23, and 27 repeatedly declared that they were nuzzle wuzzling everyone in the chat. As far as I can tell, these bots just spam Discord links, though I could be wrong. (Even if that’s all they do, being glomped does cause a certain amount of psychic damage, and I highly advise against joining Discord servers advertised by TF2 bots.)

These bots’ ability to crash servers seems to be new, though flare ups in bot activity aren’t unprecedented. “We’ve been hit with this before and we’ll survive,” said KritzKast Discord server member Grampa Swood.

Not everyone is so optimistic. Team Fortress 2 hasn’t been at the center of Valve’s attention for a long time, and confidence in its ability to protect the game is low. “I think the general mood in the community is that Valve will eventually take legal action and patch the netcode,” said Agro, “but it may be too late for a game that’s already struggling to stay relevant.”

I’ve emailed Valve to ask what it plans to do about the bots, and I’ll let you know if I hear anything.