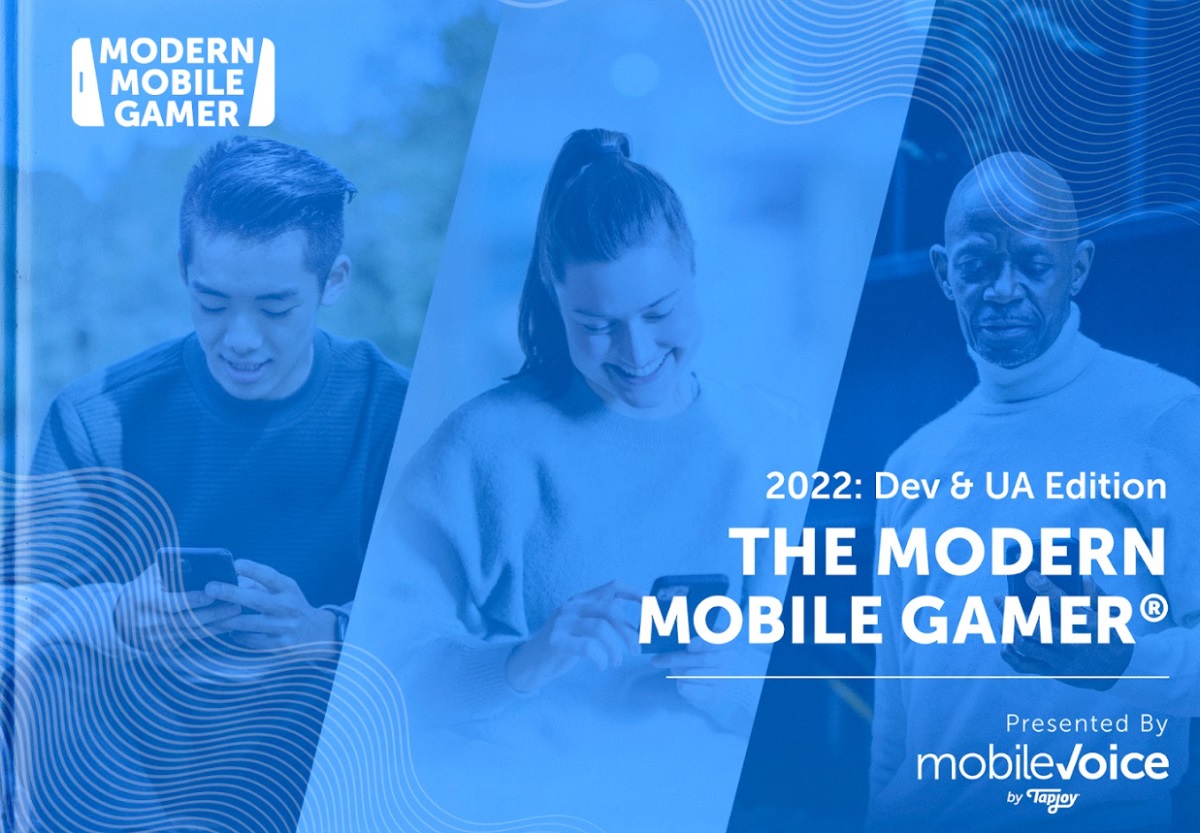 Tapjoy used its MobileVoice platform to survey data from 9,352 respondents across five surveys. The report found that mobile gamers play 10 or more hours a week, on average. In fact, 57% say they play more mobile games than they did five years ago, with the biggest increase being among parents (68%).Nearly half (49%) of all respondents say they play mobile games multiple times a day. Parents (58%), Gen X (54%), and women (52%) are the most likely to play at this frequency.

Puzzle is now the top mobile game genre among all age groups, with 55% of respondents calling it their favorite. This is a drastic change from 2021, when action/adventure was the most popular mobile genre; now action/adventure, strategy, and simulation are tied for second place with 33%.

When it comes to data privacy, 43% of mobile gamers say they are open to app tracking, citing trust in the app developer as the top reason for opt-in. Meanwhile 39% say they never opt into data tracking on iOS, and the remaining 18% were not sure.

Mobile gamers are happily engaging with multi-reward cost-per-engagement (CPE) offers, which Tapjoy introduced in 2020. Of those surveyed, 64% are fans of the progress bar that lets them see how close they are to earning rewards.

Lauren Baca, senior director of marketing at Tapjoy, said in a statement, “We’ve found that most mobile gamers are playing every day, often multiple times a day, sometimes switching among four or more favorites. They also discover new games from ads and, in general, are much more receptive to ads in mobile games than they were five years ago.”

The report data was gathered from surveys run on the Tapjoy network in February 2022. Responses were filtered to only include responses from those ages 18 and older. Users received a small reward of in-game currency for completing the survey.

I wasn’t sure I believed the Tapjoy results. So I asked them to explain more.

The company said users expressed a preference for games with ads over games with a traditional freemium economy reliant expressly on in-app purchases (IAP).

“We interpret the reason for this change to be largely due to a shift in monetization models over time,” Tapjoy said. “First, the majority of apps were pay to download. Then the majority of apps were ‘freemium’ and users had to pay to engage in full game play. Now most apps are adopting a hybrid strategy that uses both ads and IAP. As this became the norm, developers became more skillful at integrating placements in a way that complemented gameplay, rather than disrupting it. Modern users are more amenable towards ads because it gives them a choice about how to earn access to content, and the ads themselves are less disruptive.”

“While users may express a preference for ad-supported apps, that does not preclude them from making in-app purchases. However, since 26% of users said they would wait months before making an in-app purchase, the preference for ad-based monetization is highly relevant for developers,” Tapjoy said. “Furthermore, we interpret this shift in user responses to be a bias towards choice. Most ad-supported apps have paid options that remove ads or offer in-app purchases which users can choose over rewarded advertising. It’s not that users have suddenly become enamored with advertising; rather that they have a clear preference towards apps that provide free paths to premium content.”

GamesBeat’s creed when covering the game industry is “where passion meets business.” What does this mean? We want to tell you how the news matters to you — not just as a decision-maker at a game studio, but also as a fan of games. Whether you read our articles, listen to our podcasts, or watch our videos, GamesBeat will help you learn about the industry and enjoy engaging with it. Learn More