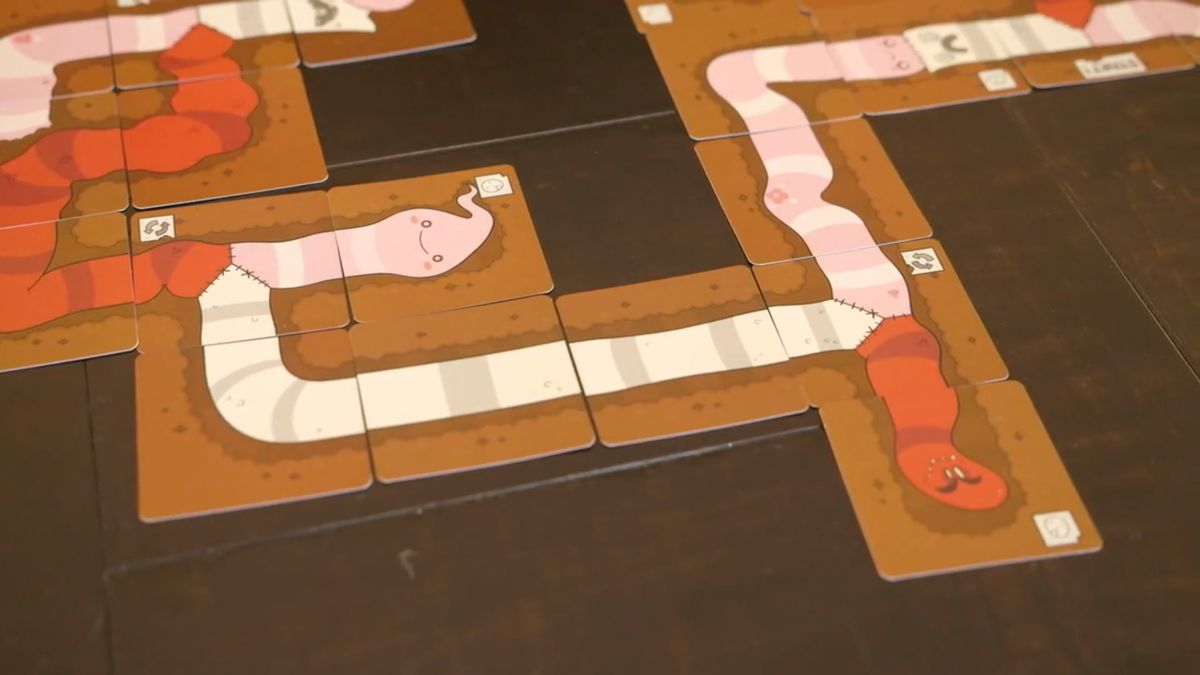 Edmund McMillen, creator of Super Meat Boy and The Binding of Isaac, is taking another detour into physical card games, this time with cheerful tapeworms wriggling around in some poor sod’s digestive tract.

He’s had the concept for Tapeworm knocking about since the days of Super Meat Boy’s development, but it wasn’t until after the successful Kickstarter for The Binding of Isaac: Four Souls—also a card game—that he decided to turn the prototype into something everyone could play.

Tapeworm is a 2-4 player ‘spatial’ card game where everyone’s trying to get rid of their hand by nurturing and cutting up grotesque gut parasites. Players can keep playing cards as long as they still have tapeworm segments that correspond to the worm that they’re trying to grow.

A smidgen of complexity has been added through abilities like cutting worms to create new openings for cards, swapping cards with your opponents, or forcing them to draw more cards. It doesn’t sound like it will take long for anyone to wrap their head around, though, with the most advanced strategy being simply creating a fully connected ringworm, allowing the player to ditch two cards from their hand.

The worms are excellent worms, too, and while I wouldn’t be very keen to have them squirming away inside me, they are kinda cute. Lots of silly faces. “I’ll make one that looks like it’s crying,” McMillen promises.

It cropped up on Kickstarter today, with McMillen looking for $25,000. That took no time at all, and it’s now quickly approaching $100,000 in pledges. There are still 30 days to go. Only two stretch goals have been revealed so far, for 100 percent and 200 percent funding. With them met, backers will get an exclusive set of stickers and a small poster.

Since the prototype was designed years ago and it’s already playable, backers won’t have to wait too long for their copy; it’s expected out in October this year.