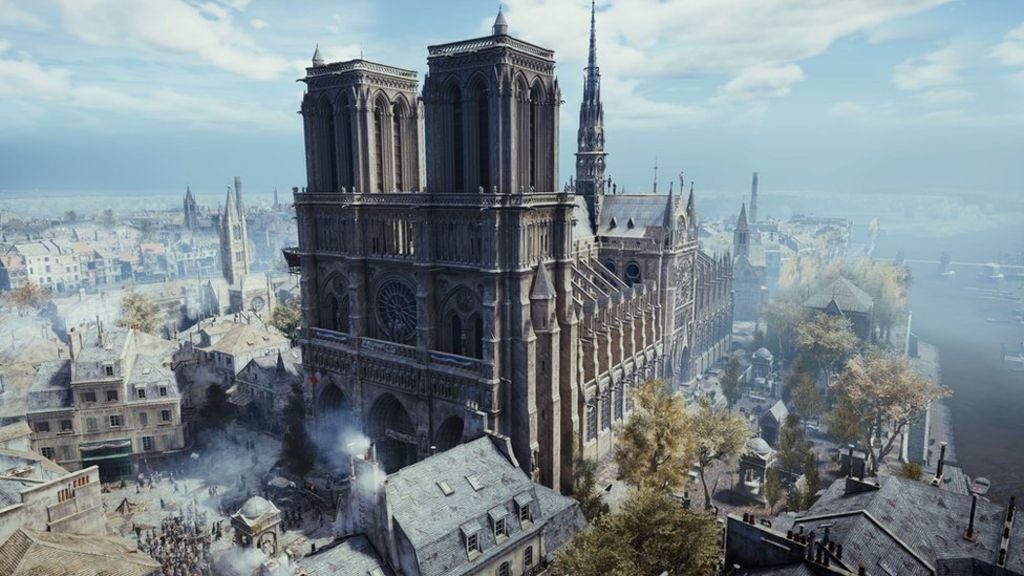 Last year, the stunning Notre-Dame de Paris was tragically destroyed in a fire. In the aftermath came an outpouring of support both domestically and internationally, with individuals and companies pledging money towards its reconstruction. This included Ubisoft, which pledged €500,000, gave away Assassin’s Creed Unity and recreated the cathedral in VR.

A year later and the pledges haven’t all quite lived up to expectations, with some billionaires who promised a lot reaping the good PR without actually spending the money they promised. A lot of money was still raised, however, but it will be a long while before visitors will once again be able to explore the historical building. Reconstruction is expected to take five years and won’t properly begin until 2021. In the meantime, there’s Ubisoft’s aforementioned VR “experience”.

Ubisoft already had a virtual recreation of the cathedral thanks to Assassin’s Creed Unity. It might have been bloated and buggy, but even today it’s a striking game filled with detailed art and architecture that makes it perfect for a spot of digital tourism. The cathedral burned down in April 2019, and by August Ubisoft presented its VR recreation to visitors at the UNESCO headquarters in Paris.

At the time, there was no word on when the experience would be released to a larger audience, but judging by the teaser above, which you don’t need a VR device to enjoy, it might be soon. The video lets you explore a few scenes in 360 degrees and even take a ride in a hot air balloon. It’s lovely, but also a wee bit sad. The full version gives you more opportunities to properly explore the place, but it’s still not been dated.