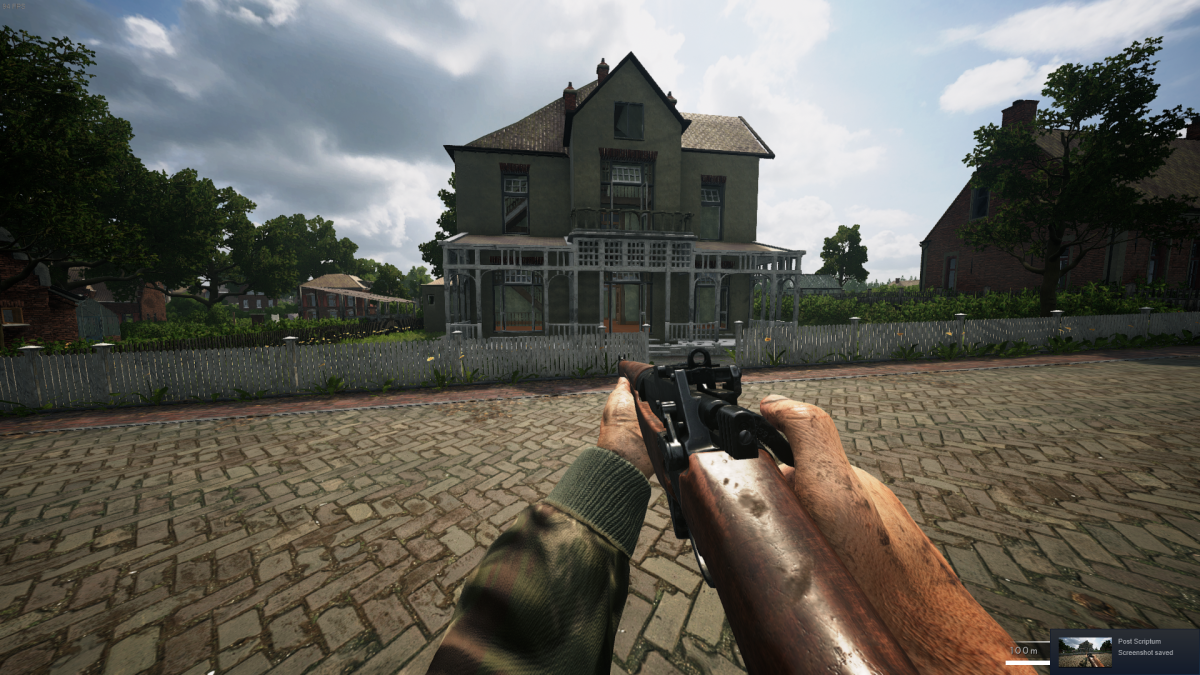 A clan of shooter players has rallied an effort around a museum to the people they fight as in games. Easy Company 506th PIR is a tactical shooter and historical game clan that’s dedicated to commemorating the history of the American 101st Airborne in World War 2. Nicholas Collins, known online as Winter5427, is a leader of the group. “One of our members came to us about this airborne museum,” he said. Hotel Hartenstein is in Oosterbeek, The Netherlands, and is a museum commemorating the efforts of Allied paratroops in World War 2’s Operation Market Garden. The COVID-19 pandemic has hurt the museum badly. “They’re out 300,000 euro,” said Collins. That’s when the gamers of Easy decided they could help. They set up a GoFundMe which quickly beat its initial goal of €2,000.

“We weren’t expecting to raise this much money this quickly, we thought it was going to stay small,” said Collins. They set a new goal of €5,000. Now the developers of several World War 2 games, as well as other tactical shooter clans, have gotten involved. Collins is enthused by the success. “I thought this was just going to be an us thing, an Easy thing, I didn’t expect all these clans and developers and communities to get involved. It would be too long of a list to list them all.”

They’ve already undertaken a large fundraising effort for a community based around niche shooters, but here’s how you can help. They’re doing a 24-hour Twitch livestream to raise awareness with games, materials from the museum, interviews with the museum curators, and an interview with a World War 2 veteran. “We’ll be doing showings of history that’s in the museum,” said Collins, “so even if you can’t go there you can see it anyways.” During the Stream they’ll give away a game key for Hell let Loose and Post Scriptum every hour.

You can also contribute to a GoFundMe campaign raising funds for the museum in the name of gamers everywhere. Easy has also partnered with Hell Let Loose developers Black Matter and Post Scriptum developers Periscope Games, as well as a number of other tactical shooter clans and community groups, to run events in games this weekend. You can sign up for those on their website. There’s also a charity auction for the last existing Post Scriptum developer hoodie.

The Airborne museum at Hartenstein is in trouble because of a particular confluence of COVID-19 and a long-planned remodel. “COVID comes along, and now they have to shut down after their remodelling is just completed,” said Collins. The  majority of the museum’s revenue comes from tickets sold, and with COVID the number of tickets sold is down. That means their revenue is down—some 300,000 euro according to the museum website. The Airborne museum building was the headquarters for the British 1st Airborne during the battle of Arnhem, and makes an appearance in the movie A Bridge Too Far.

It’s a place that’s close to home for lovers of history like the gamers of Easy. The British 1st Airborne are in many ways a counterpart to their own beloved 101st Airborne. “Even though we’re Easy 506th,” said Collins, “we are trying to commemorate them and their history. We try to commemorate the warriors of World War 2.”

I can think of no more fitting way to honor that history than to help save the museum that documents it. Here’s hoping they succeed. Again, you can chip in at this GoFundMe and support it at this Twitch livestream. You can support the airborne museum directly at their website.