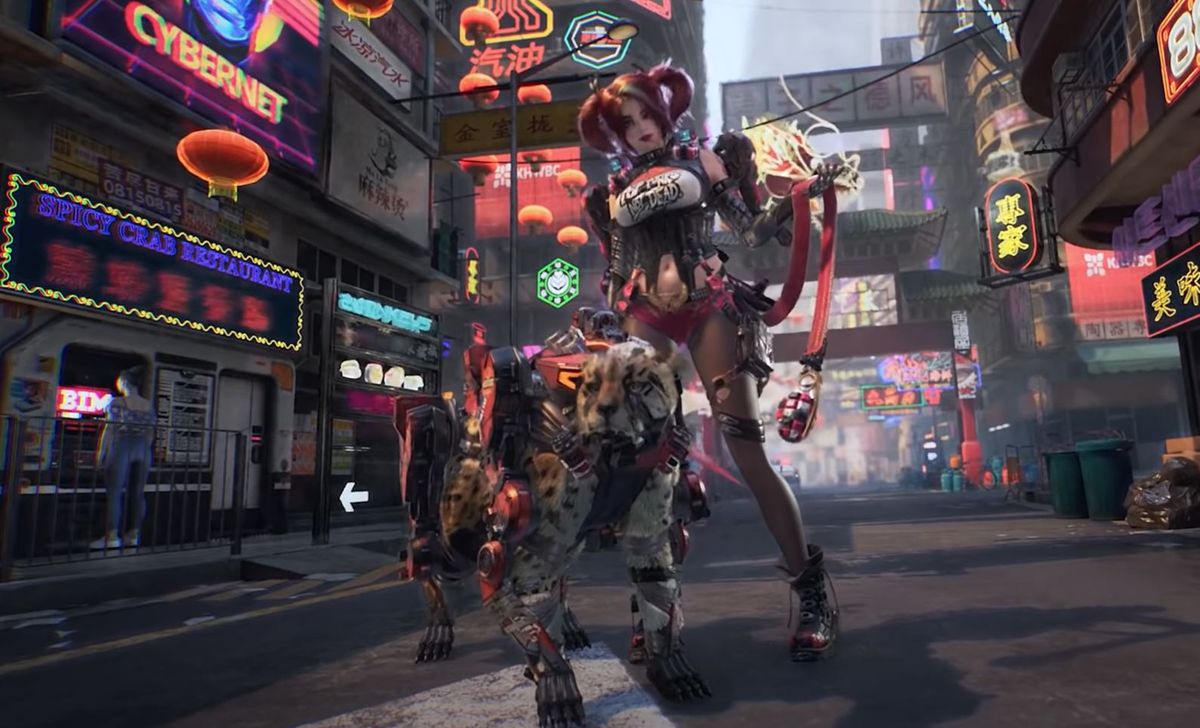 Tencent Games is working on a new open world cyberpunk FPS confirmed for both PC and console. Announced at the company’s annual conference at the weekend, Syn is the work of internal studio Lightspeed and Quantum Studios, which has previously worked on a PUBG mobile port.

The short demo embedded above was aired during the announcement, alongside some scant details. It’s an Unreal Engine game, and Epic Games is cooperating on certain aspects of development including its “strand-based hair system.” That plays into the character customisation, which looks pretty fancy.

The game has three factions, and each playable character is accompanied by a customizable cybernetic pet. The style is described as “realistic yet stylish,” but you can be the judge whether a heavily armored and weaponized panda bear is realistic. There are vehicles too, and these are customizable with parts and decals.

Syn is set in 2035, and it’s unclear whether it’ll be an online-only game or if it’ll ship with a single-player component. It definitely looks like it could be a battle royale, but given the dearth of actual gameplay details it’s not a sure thing. You will be hearing more about it, though: The presentation specifies that the game will be “globally marketed,” so expect Tencent to make a lot of noise about it in the west.

While Tencent owns Riot Games, as well as stakes in Epic Games and Bluehole (to name a few), its internal studios have mostly been tasked with developing smaller projects. There are exceptions: Synced: Off-Planet is a “Left 4 Dead-style” zombie shooter that was announced at Gamescom 2019 and is still in development. In May it was confirmed that System Shock 3 is now in development by Tencent, though Nightdive still owns the property.