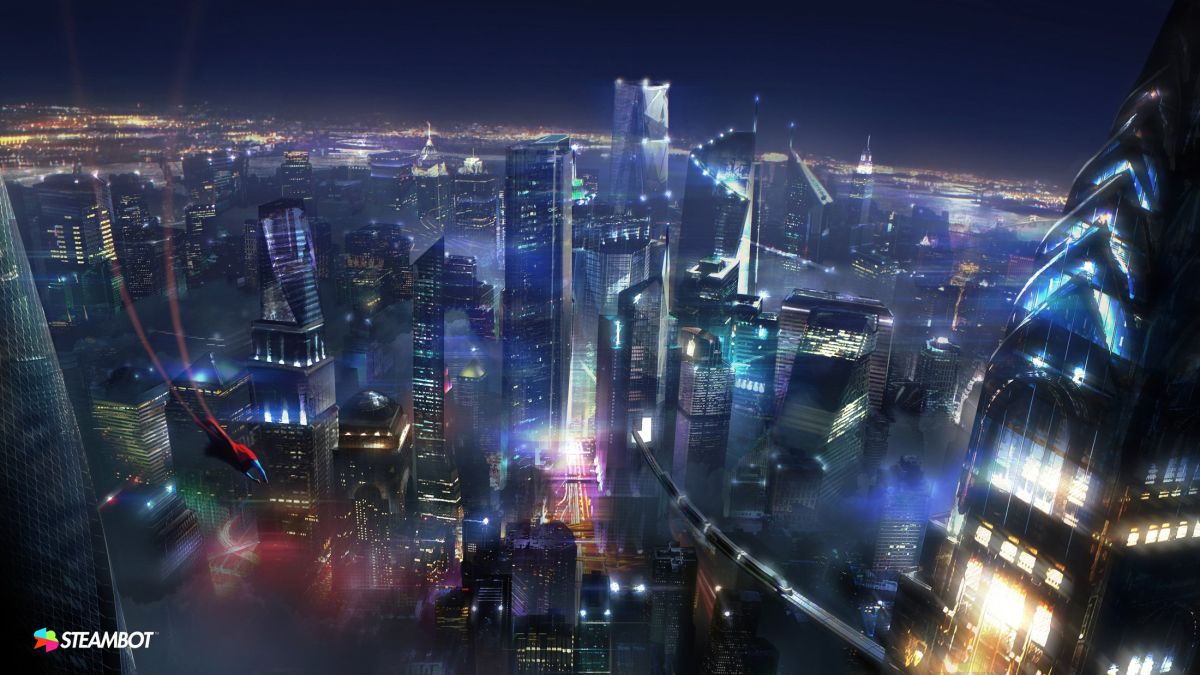 Despite being the most iconic superhero around, Superman hasn’t had much luck with games. He’s starred in some crackers, like Injustice and the Lego DC romps, but his solo outings are typically garbage, and it’s been a long time since we’ve seen one. While there’s no word on that changing soon, some Superman concept art has been spotted.

Twitter user tatlinksy noticed the concept art when browsing Joël Dos Reis Viegas’s portfolio. Viegas was contracted to work on both Origins and Arkham Knight, helping the team “flesh out original designs.” Most of the concept art, naturally, relates to Batman and his foes, including the Joker and Harley. And then there’s Supes, flying over a city that doesn’t immediately look like Metropolis or Gotham.

After Rocksteady released its final Arkham game, rumours started flying that its next project was all about Batman’s pal and rival. It took three years for Rocksteady’s Sefton Hill to sqaush those rumours. The concept art suggests, however, that either Rocksteady or WB Games Montreal were, at one point, working on something that featured Superman. Maybe DLC, maybe a full game, but either way it doesn’t seem like it’s being worked on now.

Most of the concept art has been dated, with nothing later than 2014, so it’s likely that the Superman art was also from 2012-2014. Since the initial rumours in 2015, there have been no more leaks, so the chances of this relating to a game that’s currently in development seem pretty slim.

WB Games Montreal is currently working on a new Batman game, if rumours are to be believed. There was a Batman tease back in September, while a report from Kotaku claimed that it was going to be unveiled at E3 2020 before the event was cancelled. Rocksteady’s current project, meanwhile, remains a mystery.

I do hope one day we’ll actually get a new Superman adventure, even though history has shown that this is a terrible idea. It turns out it’s really tough to make a game about a nearly indestructible alien with almost unlimited power, but someone must be up to the challenge.