Stranger of Paradise: Final Fantasy Origin is a fascinating game. The story is both ridiculously dumb at times and genuinely enthralling towards the end, but no matter what, it’s immensely entertaining. The gameplay is as addictive as it is smooth, and though there are some questionable design choices, I can’t help but recommend Stranger of Paradise, though maybe on sale if you’re not a diehard Final Fantasy fan. 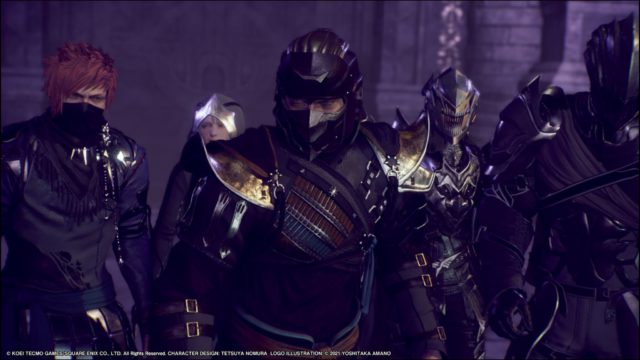 Stranger of Paradise: Final Fantasy Origin intrigued me from the get-go. An American Eagle model straight out of 2006 and his weeaboo friends want to kill Chaos in what seems to be the world of Final Fantasy I? “That’s my kind of weird,” I thought to myself. It turns out, it was indeed my kind of weird, as I had a blast with Stranger of Paradise, even though it’s a flawed game.

In Stranger of Paradise, you play as Jack, a fairly generic guy with a weirdly one-track mind. Alongside his pals Ash and Jed, Jack sets out from the land of Cornelia with only one mysterious purpose: to kill Chaos. For about two-thirds of the game, it’s as goofy and simple as all those memes about Jack suggest, but the last third of the game completely reframes everything. I’m not kidding when I say that I went from enjoying the story for its bizarre tone and weird choices to being enthralled by the deeper narrative that was somehow being woven all along. 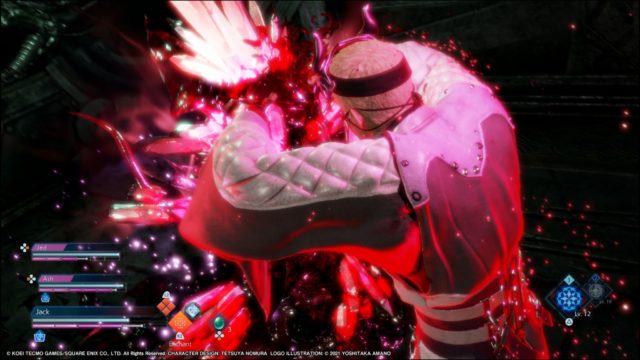 It went from being a meme game to both deconstructing and celebrating the original Final Fantasy, which I did not see coming at all. It’s still not perfect, of course. The characters aren’t particularly memorable on their own and the story takes a while to get to where it’s going, but I’m really quite happy I played through the game, as it made me see the first Final Fantasy differently than when I first played it many years ago. Your mileage may vary, but I respect what writer Kazushige Nojima was going for and came away from the game quite pleased with the story.

“I went between all sorts of different weapons, and while I liked some more than others, the amount of variety between them impressed me.“

Combat in Stranger of Paradise is some of the most over-the-top fun you can have in a Final Fantasy game. You can definitely tell that Team Ninja developed this game, as the fighting is both fluid and fast-paced. There are tons of different weapon types that all have their own unique fighting styles and skills, as well as enemy abilities that can be copied and reused to add additional breadth to your combat experience. I went between all sorts of different weapons, and while I liked some more than others, the amount of variety between them impressed me. 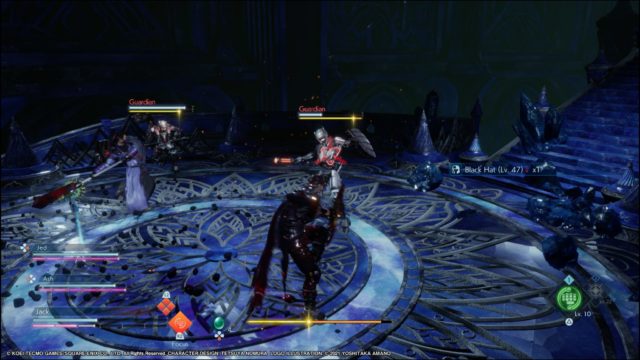 The job system is the best thing about Stranger of Paradise, as unlocking new jobs and switching up your playstyle is ridiculously addictive. Each job can unlock further jobs, and give you new skills and stat buffs to play around with. These range from something quick like a Thief or Assassin to a Dragoon or a Tyrant, all of which fulfill different roles. Being able to switch between two jobs with the press of a button is also excellent, as you can switch on the fly as battles progress. Do you need to do some Holy damage? Be a Paladin. Start getting pushed back? Switch to White Mage and buff the party. It’s a grand system that I’ll be going back to in order to max out more jobs, as it’s just that fun.

The equipment system, on the other hand, is all over the map. You get a ton of equipment from killing enemies, which can be overwhelming to frequently equip. You can equip the “optimal” stuff on the menu with one button, but this goes by equipment level rather than stats, which means you’ll sometimes equip weaker armor because it has a higher “equipment level.” I think this could have been fixed by having equipment level be tied to stats, so that higher levels always meant better stats, but hey, I’m just the reviewer. I also wish there was a bit more visual variety in how equipment looks, as you get a lot of the same clothes at higher levels later on. They’re cool-looking, and I like how customizable your party’s appearance is, but a bit more choice would be dandy. 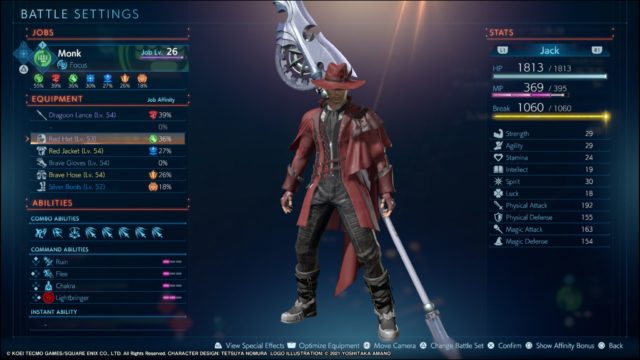 At times, Stranger of Paradise looks great, but most of the time it looks like a late PS3 game. The models are alright, but the lighting is wonky, and the physics behind things like the clothing and hair on the main cast is all over the place. The beginning and ending cutscenes look excellent though, plus, the blood effects on Jack after a battle are pretty neat and make combat feel much more brutal and visceral.

The voice acting is pretty decent all-around, given the core group is somewhat all-over-the-place personality-wise. Mocean Melvin can be both hilarious and insanely expressive as Jack, depending on the scene. The music is enjoyable as well, with a few rather memorable tracks thrown in. This is partially thanks to the motifs of past games popping up here and there, but it’s pleasant all the same.

The Final Word
I honestly don’t know whether you’ll dig Stranger of Paradise: Final Fantasy Origin. It can be weird, funny, and janky, but tremendously fun, exciting, and even moving all at the same time. Final Fantasy fans will get the most out of it, as they’re more likely to look past the dated presentation and seemingly nonsensical early plot, but if you stick through it, I think you’ll be surprised at how much goofy and honest fun Stranger of Paradise can be.

MonsterVine Rating: 4 out of 5 – Good