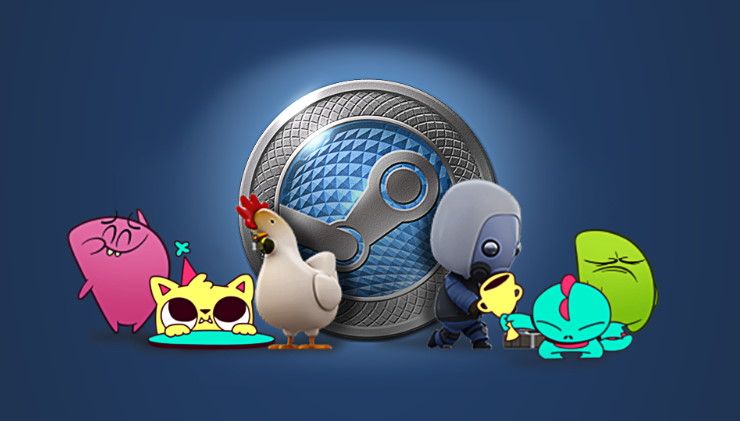 One of the things you can do in this year’s Steam Summer Sale is earn points that can be used to acquire digital items like animated stickers, backgrounds, and avatars. Initially it looked similar to systems employed in previous sales, like the Night Market in the most recent Lunar New Year Sale, but it’s actually a much bigger affair—and permanent, too.

Rather than being limited to the Summer Sale, Steam’s new Points Shop will be live year-round, with points awarded at a rate of 100 per $1 spent (adjusted accordingly for exchange rates, so I only get 73 points for my dollar) on all purchases, including games, DLC, applications, soundtracks, and even hardware. Seasonal awards will be up for grabs—a “Summer Golden Profile” set is currently available—but the vast majority are game-specific items, like the Doom Eternal arachnotron animated sticker, or more generic stuff such as chat effects and profile backgrounds.

Points can also be used on “Community Awards” for things like reviews or user-generated content: If you see something you like, you can call it out as extra helpful, a hot take, being funny, or whatever. Naturally, you can also earn a couple of rewards for your awards—a Patron badge for granting awards for user-generated content, and a Contributor badge for doing the same with user reviews—and people on the receiving end of awards will also be given some Steam Points to go along with it, which will hopefully encourage higher-quality contributions.

Steam Points don’t expire, although any you earn through purchases will be deducted with refunds, and unlike Steam Trading Cards they can’t be traded or sold. Valve also noted that the trading card system will not be impacted by the change: Items like emoticons and backgrounds will remain accessible through the trading card system, but can now be acquired directly by points as well.

The full lowdown on the new, permanent Steam Points system is available here. The Steam Summer Sale is live now and runs until July 9.