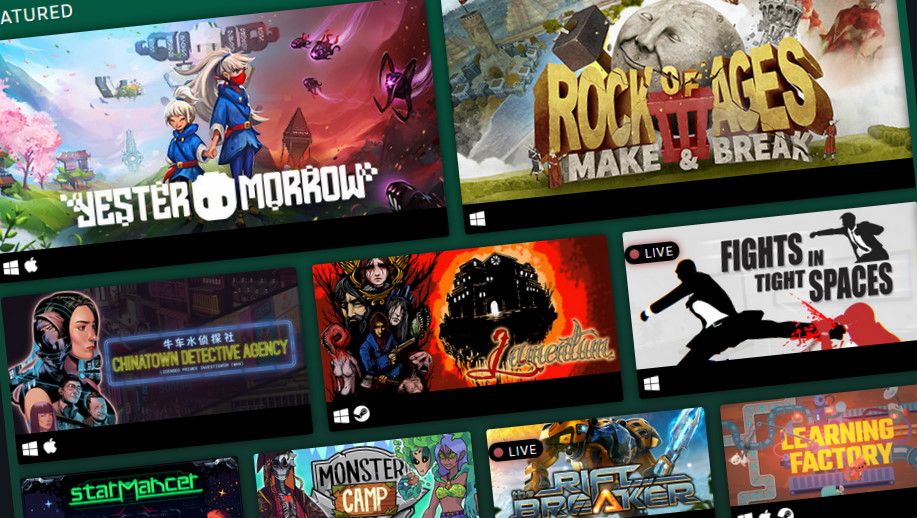 The Steam Game Festival: Summer Edition is live, kicking off a week-long digital event featuring livestreams, AMAs, chats with developers, and—the best part—demos that enable you to dive in and try a bunch of upcoming games right now.

At this particular moment, the developers of the puzzle-platformer Something Ate My Alien are livestreaming their game at the top of the Game Fest page, dozens more games are listed across various categories. Below that you’ll find a proper schedule of events, and then more games, in even more specific categories, further down.

The Game Fest page doesn’t provide a dedicated list of game demos, but Steam enables demo-exclusive searches, and the list is huge. (And, having just taken another look at it, apparently growing.) Here are some for games we’ve checked out recently, and others that I just think look like they might be interesting:

This is really just the tip of the iceberg, and a week doesn’t seem like nearly long enough to wade through all of it, especially if you’re gainfully employed or a fan of things like eating and sleeping. But it’s a great opportunity to get a closer look at upcoming games you’ve been keeping an eye on, and also to try out new stuff that might otherwise escape your attention. Maybe a game about a relentlessly upbeat bird on a tiny skateboard isn’t something you’d normally pay attention to, but if you can try it for free, why not?

Take note that the current state of things is a bit messy: Some store pages have a highly-visible “download demo” link and green button, but others have a much smaller button buried halfway down the sidebar on the right. The easiest way to access demos, for highlighted games at least, is to hover over their entries on the Game Festival page, and then hit the “Install Demo” button that pops up. (If a demo isn’t available, it’ll be greyed out.)

The Steam Game Festival: Summer Edition runs until June 22, which is also when most of these demos will go away. See any good demos that I missed? Let us know in the comments.