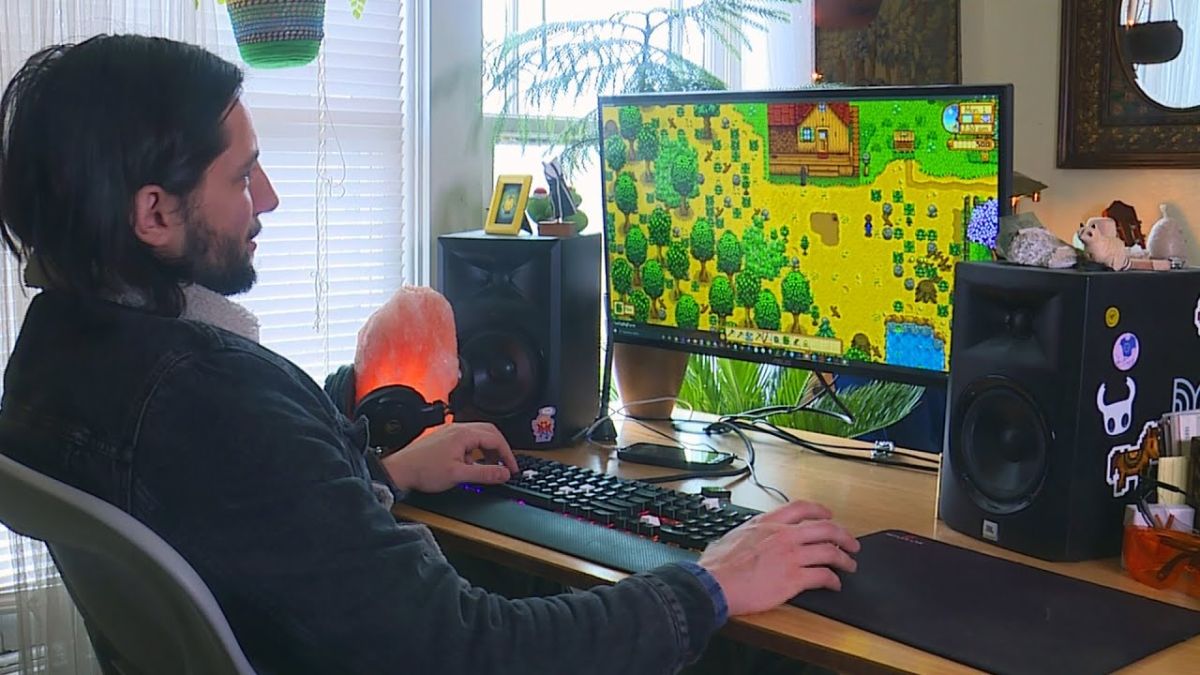 Stardew Valley creator Eric Barone is a pretty big deal around these parts. Not only did he single-handedly create the massively popular farm-life sim Stardew Valley, he did it on one of the most endearingly crappy PC desks I have ever seen. The ergonomics are just terrible:

Ten million unit sales later, Barone’s getting a little more mainstream attention—and, as you can see in the KING 5 news report embedded above, he’s finally got himself a decent working surface.

The report is mainly a retelling of Stardew Valley’s history: Barone graduated from college, wasn’t having much luck finding a job, and so decided to bolster his resume by making a game of his own. What was supposed to be a relatively short project with a modest sales goal took more than four years to complete, and turned him into a legitimate indie sensation.

Barone told the station that the world in Stardew Valley is inspired by the Pacific Northwest, where he’s lived his entire life—”It wasn’t conscious, but everything about Washington and the landscape is deeply ingrained in who I am”—and also offered some insight into why, nearly a decade after he first started on it and four years after release, he’s still working on it.

“When you’re playing it, I want every moment to be full of joy and wonder, and to bring back the kind of magic that you may have felt when you first played videogames,” Barone says in the video.

“What really makes me feel good, makes me feel like my life has been totally worthwhile, is the fact that Stardew Valley has brought so much joy and happiness to people—that my little game has brought a lot of positive to the world. It feels really good.”

Barone is currently working on Stardew Valley’s 1.5 update. It will include bananas.