StarCraft 2 celebrates its tenth anniversary with its biggest update yet 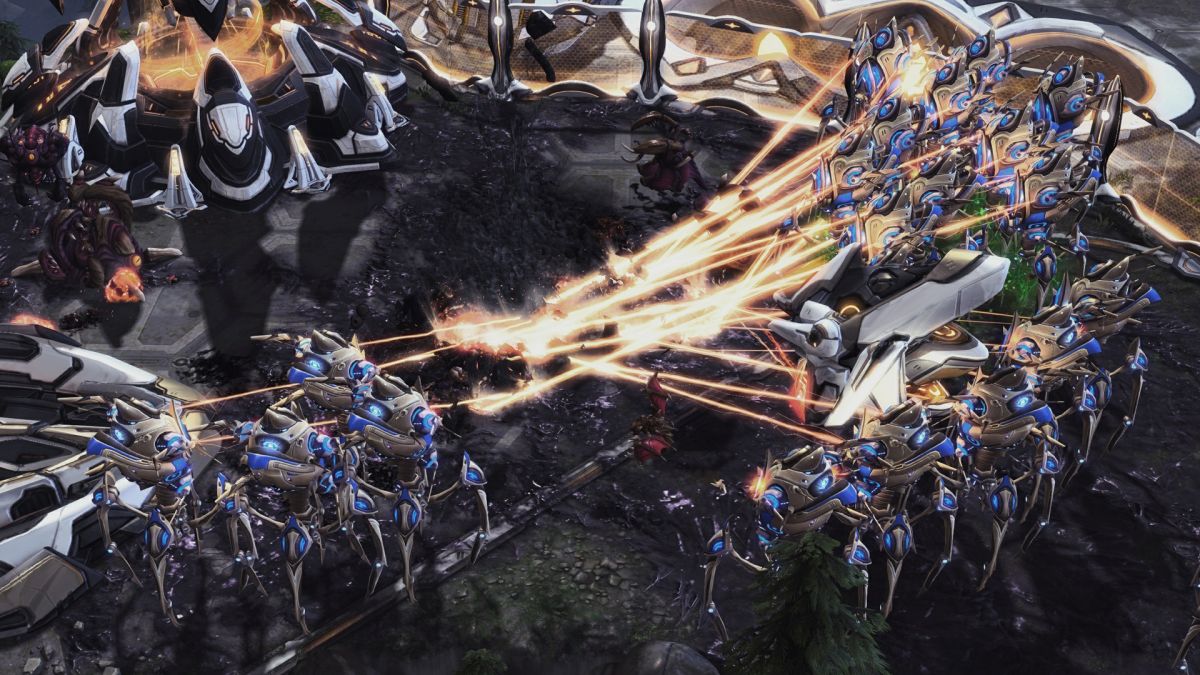 There aren’t many videogames that are still being played ten years after they were released. Even fewer are still being actively supported by their developers at that age. StarCraft 2 is one of the rare exceptions, as Blizzard announced plans to celebrate the big anniversary with, among other things, new announcers to earn, esports reminiscences, and the official rollout of the 5.0 patch—the biggest patch it’s ever had—that adds new achievements, co-op commander talents, and a major upgrade to the map editor.

Every StarCraft 2 mission in the game, including those in the Nova Covert Ops mission pack, has been given brand-new achievements, encouraging players to “relive the story [and] discover new ways to play.” And if that’s not enough to convince you to jump back in, a new Stone announcer—aka Agent X74996R—will be given to players who unlock them all.

Another new announcer, White-Ra—Ukrainian StarCraft 2 pro Aleksey “White-Ra” Krupnyk— will be given to all players who log into the game between July 27 and August 10.

The new Prestige Talents enables players who are really into StarCraft 2 to replay the level 1-15 progression for their maxed-out commanders, up to three times each, earning a new talent each time around. “These Prestige Talents can completely change the way your commanders play, opening tons of new gameplay options and strategic decisions,” Blizzard said.

Stepping outside of the game itself a little bit, Blizzard is also planning on releasing a new series of short stories set in the Koprulu Section, one for each of the game’s races—Protoss, Zerg, and Human—and members of the StarCraft 2 dev team will also be talking about some of their favorite moments from the last decade in StarCraft 2 esports.

There are some smaller gameplay changes on the way too, including a “countdown to start” timer that will tick off a short countdown after the loading screen, and the ability to select a game server in custom lobbies. That’s not the end of it, though, as Blizzard said players “can expect to see more in the future.”

The StarCraft 2 map editor update, first announced earlier this month, is major in its own right, incorporating elements taken from the Warcraft 3 editor aimed at making it easier to use overall without sacrificing “depth of customization.” Highlights include the addition of map-to-map loading, which will enable multiplayer lobbies to be transitioned between new maps) making previously offline-only campaigns accessible through the StarCraft 2 Arcade), formation movement and water pathing, the creation of cliffs of up to 15 layers (they were previously limited to just three), and a new “data collection” system that enables users to “declare and group a set of data elements in a collection,” which I can only assume is important for serious StarCraft 2 map makers.

The StarCraft 2 5.0 patch notes are available below.