Star Wars: Tales from the Galaxy’s Edge is a VR game based on the theme park 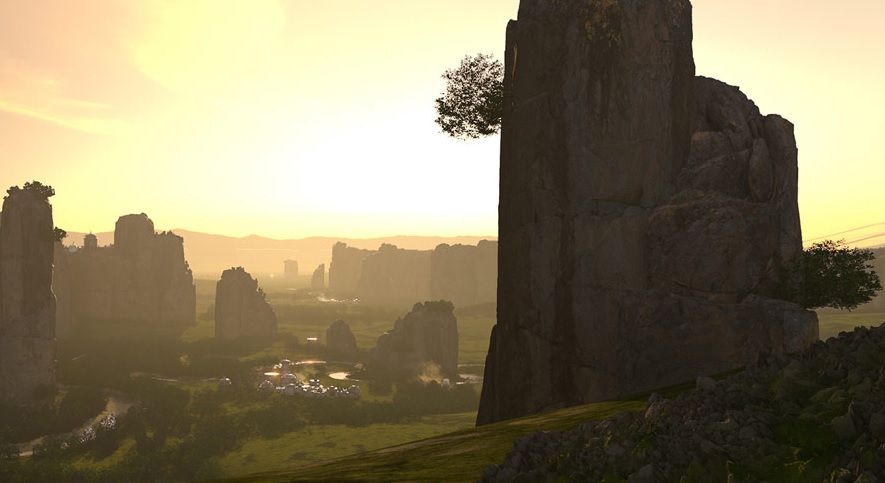 A new Star Wars game is on the horizon, letting you explore the world of Batuu for the first time without having to take a trip to Anaheim or Orlando. It’s the setting of Disney’s Star Wars: Galaxy’s Edge theme park, but in Tales from the Galaxy’s Edge you’ll be going off on an action-adventure rather than hitting up rides.

It’s a VR affair from ILMxLAB, which designed Vader Immortal, and Oculus Studios. You’ll be able to wander around Batuu’s Black Spire Outpost, as well as some new regions of the planet, and hang out with characters both familiar and new, and you can expect various “styles of gameplay”—presumably meaning different traversal options and the like—and difficulty settings to broaden the net.

Details are slim at the moment, but with it launching later this year, we’ll likely find out more soon. I wouldn’t normally be all that enthused about a game based on a theme park—unless it’s a horror romp, but that’s a bit overdone—but for Galaxy’s Edge, Disney created a whole world with its own history and relationship to the greater galaxy. It’s firmly entrenched in the Star Wars canon now, with name drops and appearances in books, comics and TV shows.

Vader Immortal wasn’t particularly involved—open some doors, flail around with your lightsaber, toss around some stormtroopers—so hopefully Tales from Galaxy’s Edge will draw from conventional games and loosen the reins a little. ILMxLAB says it wants to move away from storytelling to “storyLIVING,” which is an agonising way to say it wants to make more player-driven stories and suggests something a lot less on rails.

If you’re in dire need of some Star Wars and can’t wait around, check out our list of the best Star Wars games on PC.