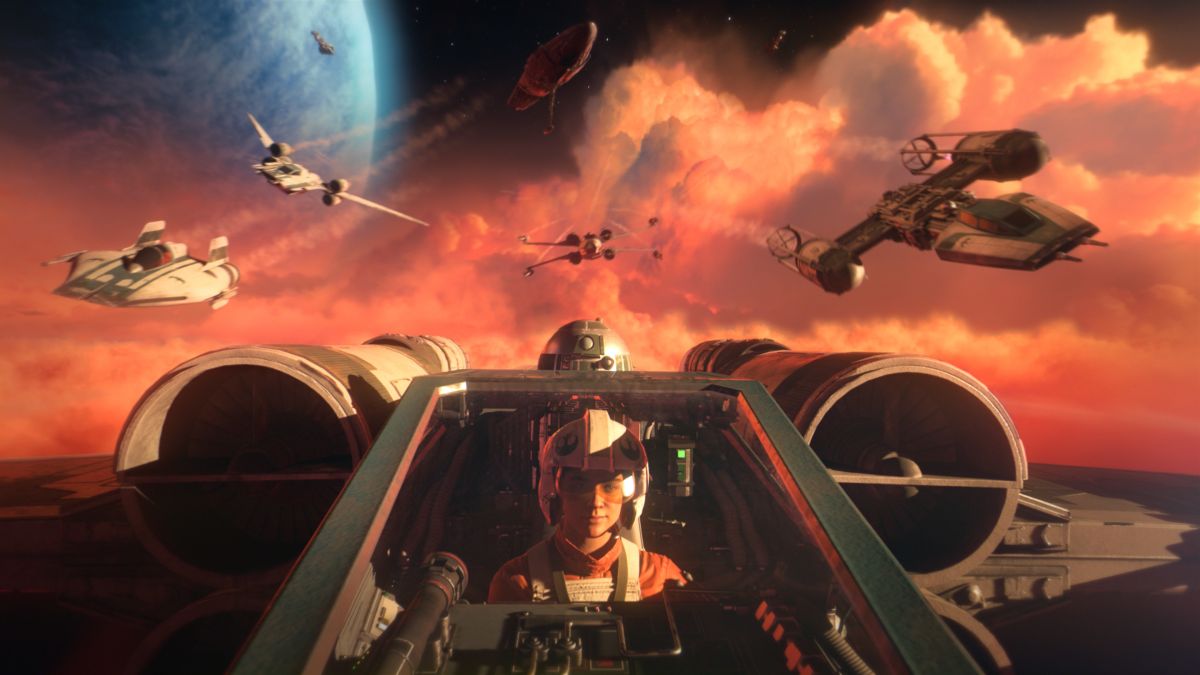 One of the things that’s turned me off of space combat sims over the past couple of decades is the decline of the joystick. When PC gaming was new, joysticks were standard equipment, and not just for flight simulators—old Sierra adventure games supported joystick inputs too. But the advent of the FPS and RTS genres handed primacy to the mouse. It works well enough in games like Star Wars Battlefront, with simplified 6DOF flight models, but it’s really just not the same.

I was a little bit disappointed (but not surprised) when Electronic Arts revealed that Star Wars: Squadrons will be focused primarily on multiplayer: There will be a “singleplayer story,” but the trailer and game description on Origin both emphasize 5v5 battles almost exclusively. But my mood lifted when creative director Ian S. Frazier confirmed on Twitter that the game will have full support for proper control setups.

Well hey, double checked and apparently I AM allowed to tell you that without being tackled by PR! Yes, we fully support joystick on PC, including full HOTAS rigs with a throttle. 🙂June 16, 2020

HOTAS, for those not familiar with the Way of the Simulator, is an acronym that stands for “hands on throttle and stick,” a design concept that enables pilots to access the major functions of their aircraft without having to take their hands off the primary controls. In gaming terms, it means you can map controls from your keyboard to your stick, so that instead of flying in a straight, flat line like a big fat turkey while you look for the ^ key, you can do what you need to without having to break your maneuver or take your eyes off the screen.

HOTAS setups can also make games much more immersive: I spent a lot of hours using one in games like Air Warrior and Mechwarrior 2, and believe me, once you’ve had that experience, there’s no going back.

We’ll find out more about Star Wars: Squadrons, including a first look at gameplay, during the EA Play livestream that will begin at 4 pm PT/7 pm ET on June 18.