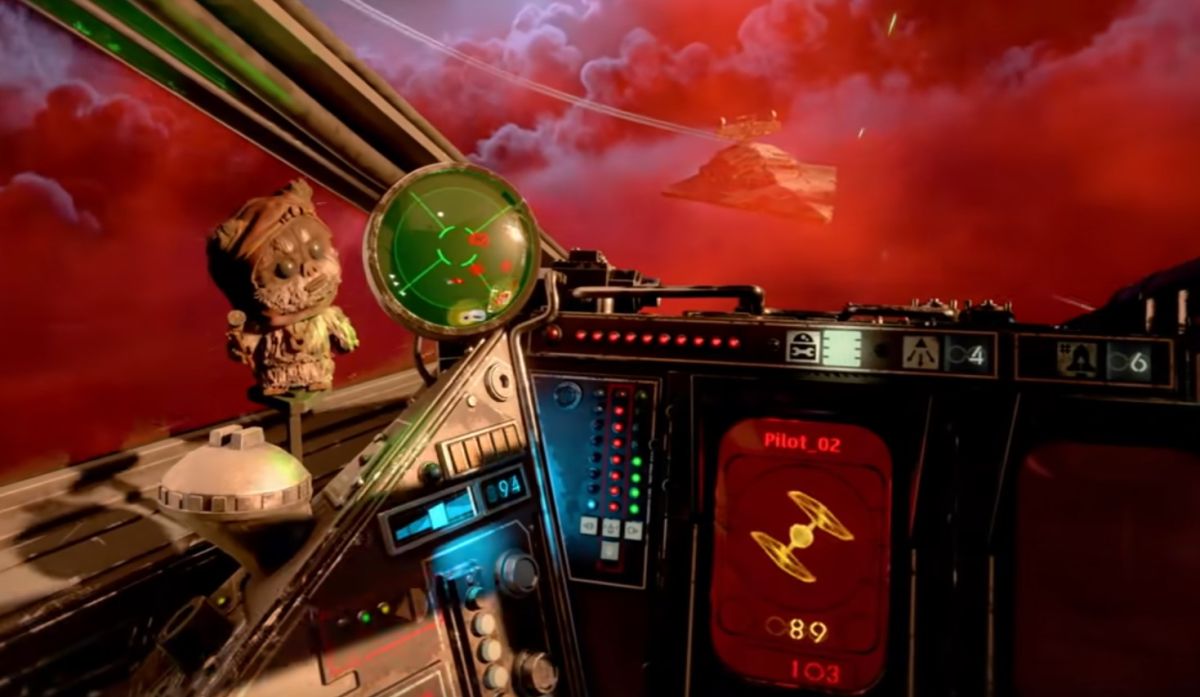 One of the early images from Star Wars: Squadrons that immediately caught my eye was an interior shot of an X-Wing cockpit, and more specifically the Ewok wobbly riding along the left panel like some kind of dashboard hula girl from space. Not that I have anything against good luck charms, but… really?

It turns out that EA had an inkling that old-time purists may not be entirely taken by such things, as creative director Ian S. Frazier told IGN Japan that players who don’t want to see such trivialities in their very serious Star Wars stuff will be able to switch it all off.

“Some players aren’t going to want to see any of that. It won’t matter how plausible it is, they just want to keep it to exactly what we’ve seen in the films, no more and no less, and we totally get that,” Frazier said. “And so we have an option in the game to hide everybody else’s cosmetics. So if you flip that on, then all of a sudden, if you want to put a racing stripe or whatever on your own TIE Fighter, you’ll see it, but everybody else’s is just going to look like a normal boilerplate TIE Fighter for you.”

Some gameplay systems will also be customizable. In-flight data will normally be displayed on a HUD, for instance, but pilots who want a more immersive experience will be able to switch all of that off and rely solely on cockpit readouts instead. (Personally, I don’t think it’s unreasonable to expect that a hyperspace-capable starfighter would have a functional HUD, but I also still get worked up when I see TIE fighters flying in atmosphere, so maybe I’m just not the right person for this sort of thing.)

The power management system, which will enable players to adjust levels for engine, weapon, and shield energy levels, can be adjusted in a similar fashion, making it more like the old X-Wing and TIE Fighter games.

“By default, we keep that relatively basic. If I hit a button, I will instantly max a given system,” Frazier said. “Our more advanced players could turn that into advanced power management, and they’re individually managing pips of power from one system to another. But that’s not the experience that we give to an average new user.”

I may be a little cynical about bobblehead dash riders in my TIE Interceptor, but I have to admit, that sounds promising—especially since Electronic Arts has previously committed to full HOTAS support. Star Wars: Squadrons is set to come out on October 2, and it might just be the game that proves that EA finally understands what PC players want.