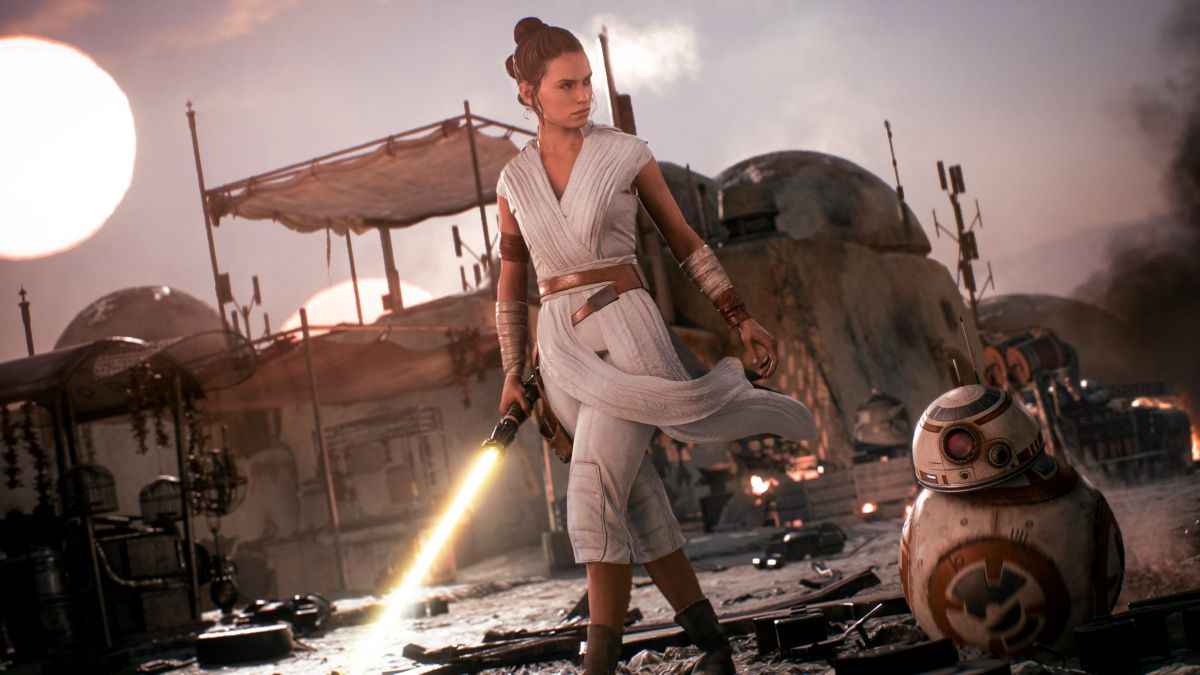 More than two years after its launch, the Star Wars Battlefront 2 story is about to come to an end. Electronic Arts announced today that with the release of the next free content update, called The Battle on Scarif and set to come out on April 29, the game will be “complete.”

The Battle on Scarif is inspired by Rogue One: A Star Wars Story, but the update will be focused primarily on the original Star Wars trilogy, with Supremacy and Instant Action battles Hoth, Tattoine, Yavin 4, and Death Star 2, as well as Scarif. To compensate for the imbalance of power between the Empire and the Rebellion during this era, Supremacy battles will be fought exclusively in the ground phase, although starfighters will be available in some locations. The planets Scarif and Crait are also being added to the Heroes vs Villains game mode, and the MC85 Star Cruiser and First Order Star Destroyer are being added to Co-op mode.

For players who want the experience of co-op play without the aggravation of having to deal with other people, co-op mode will be made playable offline with AIs as a new Instant Action option. All players will also be given three new skins—Rey’s yellow lightsaber, Kylo Ren’s reforged mask, and a new set of “menacing” robes for Emperor Palpatine—and defeating 5000 enemies as Darth Maul (who now gets around on mechanical legs after literally being chopped in half by Obi-Wan Kenobi) will unlock his Old Master skin.

“Developing characters, worlds, and experiences set in this amazing galaxy that is Star Wars is an honor, and it has continued to be a remarkable, challenging, and ultimately rewarding journey for the entire team. Knowing that we have a passionate community of millions of players and Star Wars fans – just like ourselves – along on the ride, is the greatest inspiration we could ever have,” creative director Dennis Brännvall said.

“Community means even more in times when we need to stay physically apart. This is why we encourage you a bit extra to share your #StayandPlay stories on social media. We hope that Star Wars Battlefront II and the upcoming The Battle on Scarif Update will inspire you to keep playing and sharing.”

While official content updates are done, EA said that Star Wars Battlefront 2 will continue to be supported with in-game challenges and recurring events.