Star Renegades is coming to Steam in September 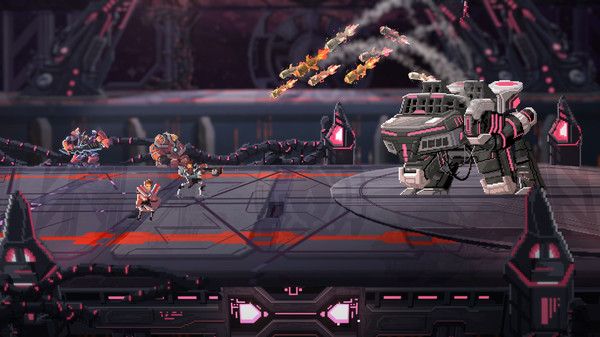 Beautiful turn-based strategy-RPG Star Renegades got an updated release date and a shiny new trailer today. The planned 2019 release didn’t work out, but after dropping some updated gameplay footage at IGN’s Summer of Gaming event in June, the game is now available to wishlist on Steam and publisher Raw Fury said that it will be out on September 8.

Star Renegades immediately stood out to us thanks to its detailed pixel art and eye-popping colours, but it also boasts a pretty interesting combat system that has you rely heavily on attacking and blocking at just the right time in order to succeed. Developer Massive Damage calls it a “tactical JRPG fighting system”, including buffs and group-based combat, but despite the cartoony-trailer, that’s where the anime similarities end.

Instead, Star Renegades is clearly a tale of endless space battles, not unlike Into the Breach—it does have permadeath but it also allows you to carry surviving characters over into your next run. Like other more strategically-minded games, enemies telegraph their intent ahead of their rounds, so you can plan accordingly. The addition of crits and the need to defend makes it all sound quite dynamic — after the gameplay footage we posted previously, I’m interested to see how it actually plays and how difficult it turns out to be.

Also interesting: Characters can apparently bond and have children, who will then also become members of your team as the next generation of fighters. I guess war never changes!