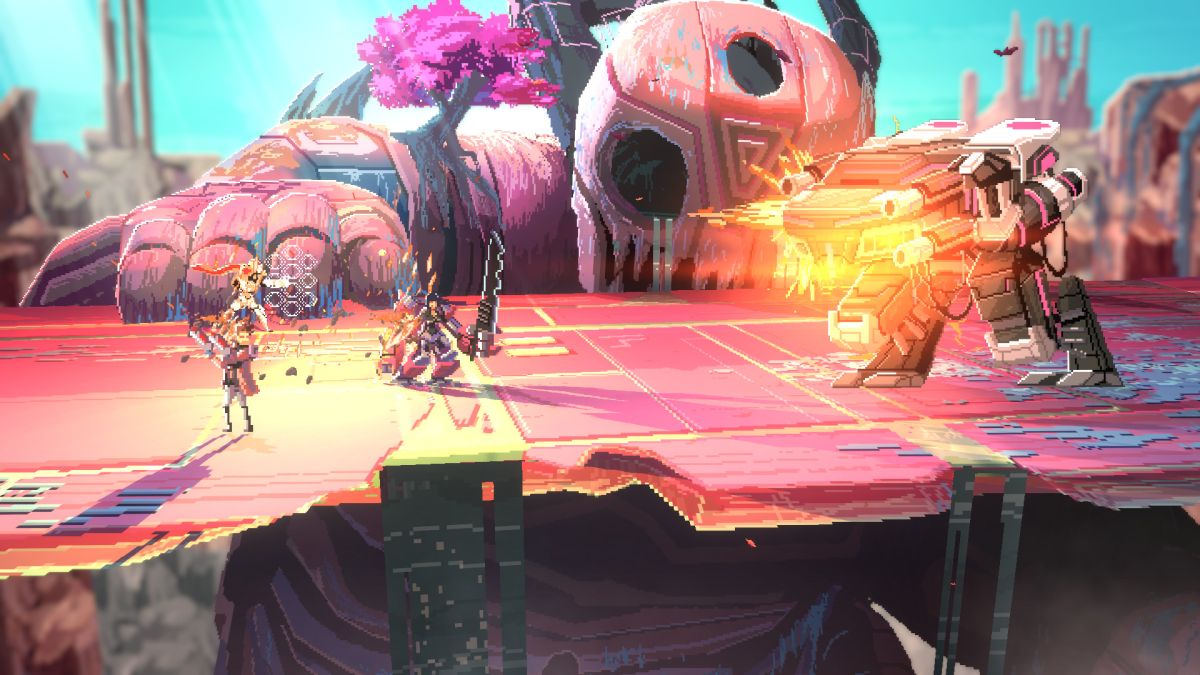 If the Xbox 360 era of videogame art direction was characterized by brown and olive war games, today we’re in the era of the bright-ass indie games that pop off the screen with complimentary color schemes. It’s the pulp magazine cover look, and I am very fond of it.

As apparent from a new gameplay video (embedded above), Star Renegades has that cool, neon pixel art style down. It’s a “tactical strategy rogue-lite RPG” from developer Massive Damage (published by Raw Fury) that we learned about back in March, and it’ll see multiple generations taking on an evil empire in tactical combat.

The new combat footage aired during today’s IGN Summer of Gaming event, and shows off a fight against a wolf/cat-like robo-beast. The combat system is obviously JRPG-inspired: The four-character squad takes turns buffing each other and throwing out attacks with certain damage bonuses and special effects.

It’s hard to glean a lot from a video of someone else navigating JRPG-style menus, but Massive Damage posted a combat walkthrough video last month that helps explain how it all works.

Like Slay the Spire, enemies will telegraph their next moves at the beginning of each round. The twist is that, if you attack an enemy before they come up in the turn order and take their action, you’ll get a critical hit. But crits don’t just mean extra damage in Star Renegades. A crit might apply a debuff, or damage armor, as examples. Crits can also delay an enemy’s action, allowing one of your slower characters to also get in a critical hit—chaining crits will be the thing to do. Of course, enemies can also crit your party members. I like the sound of it—and that colorful look.

Star Renegade is scheduled to release on Steam sometime this year.