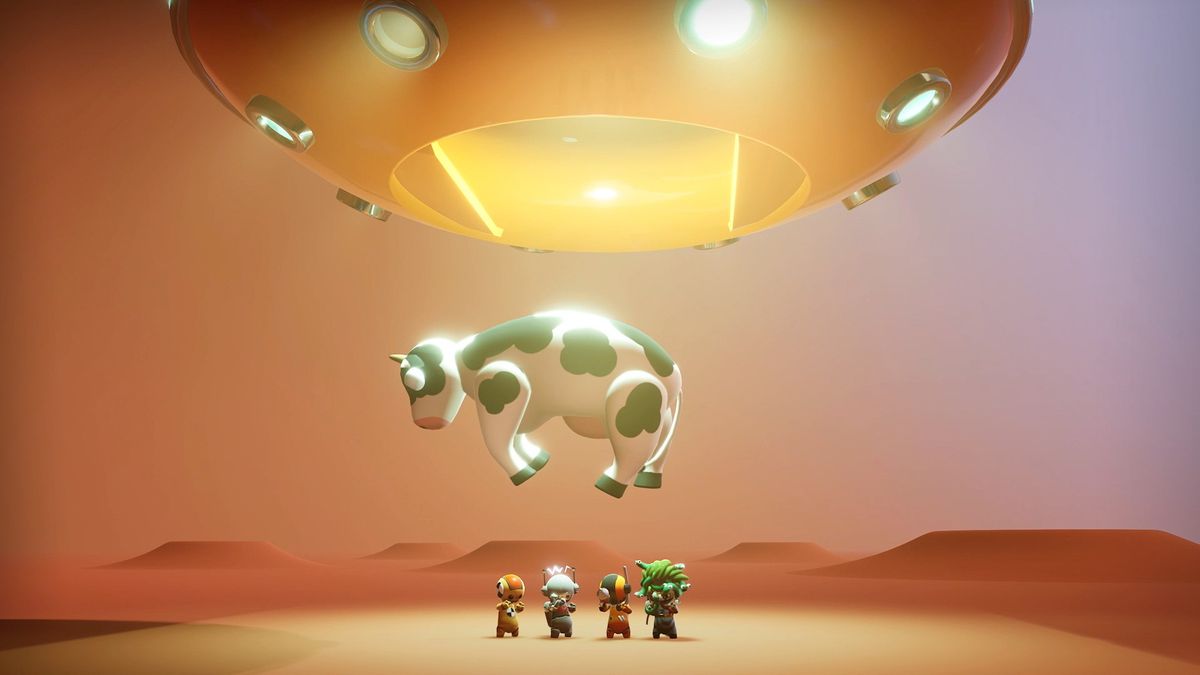 Gears Tactics studio Splash Damage said in March that it was working on a new game exclusively for Stadia that would be “something a little different” than what it’s done previously. That project was officially unveiled today as Outcasters, an “accessibly competitive” multiplayer isometric shooter for up to eight players that’s coming exclusively to Stadia.

Outcasters is obviously a departure in many ways from Splash Damage’s previously games, which include Enemy Territory: Quake Wars, Brink, Dirty Bomb, and the multiplayer components of Doom 3, Gears of War 4, and Halo: The Master Chief Collection, but it remains rooted in “that love of multiplayer, that love of shooters,” studio co-founder and CEO Richard Jolly said in an interview.

“On the surface, you look at Outcasters, you’re like, ‘This doesn’t look like anything Splash Damage has ever done before.’ But I think if you look down to the kind of purist roots of what was, and what is, a competitive multiplayer shooter, there are so many of those mechanics that have been brought forward.”

The new project emerged from Splash Damage’s first-ever game jam, held during some downtime between projects, as a game about wizards chucking fireballs at each other. It’s obviously changed quite a lot since those early days, but one aspect that’s remained constant is the ability to curve your shots after firing them by clicking and dragging your mouse.

“This notion that could you still be behind cover but there was still a way for an enemy to hit you, was actually quite an interesting experience,” Jolly said. “We thought we were playing this mode for like half an hour, it ended up being like 11 o’clock by the time we left the office. That’s when we thought, we’ve clearly got something here and we should build something more out of this.”

Outcasters will launch with two modes, the free-for-all Last Caster Standing and an objective-based mode called Gold Rush in which teams compete to collect and deposit gold coins within a time limit. Product lead Lilly Zhu said that, like other Splash Damage games, it will offer players a high degree of customization, enabling them to personalize how they look and sound, and also the abilities that they bring into a match. And, like Jolly, she emphasized that while it may not look like a traditional Splash Damage game, the studio’s core priorities and goals are unchanged.

Jolly said he believes that Stadia has the potential to bring about a seismic change in gaming comparable to the impact of digital distribution on physical game sales, which is a big part of why Splash Damage opted to make Outcasters a Stadia exclusive. “You’re just going to consume games in very, very different ways. And we’ve already seen that from YouTube, where people are consuming a lot of their gaming content from watching it,” he said. “So if there’s an opportunity to look at a platform where new genres of games can come out of the things that it does in a way that you couldn’t do before, I think that’s exciting for us.”

Google sees similar potential in Outcasters as a “highly watchable” game, as Stadia’s Nico Zettler described it. “It’s a perfect match for the diversity of our platform, and for YouTube as well, which of course you know we have a very close collaboration with these guys going on,” he said. So yes, it was definitely a thought on our side that we want to have this game as this highly watchable, wonderful looking game that will appeal to a very wide and diverse group of players.”

Outcasters is expected to come out in the fall. Until then, you can follow along with the action on Discord.