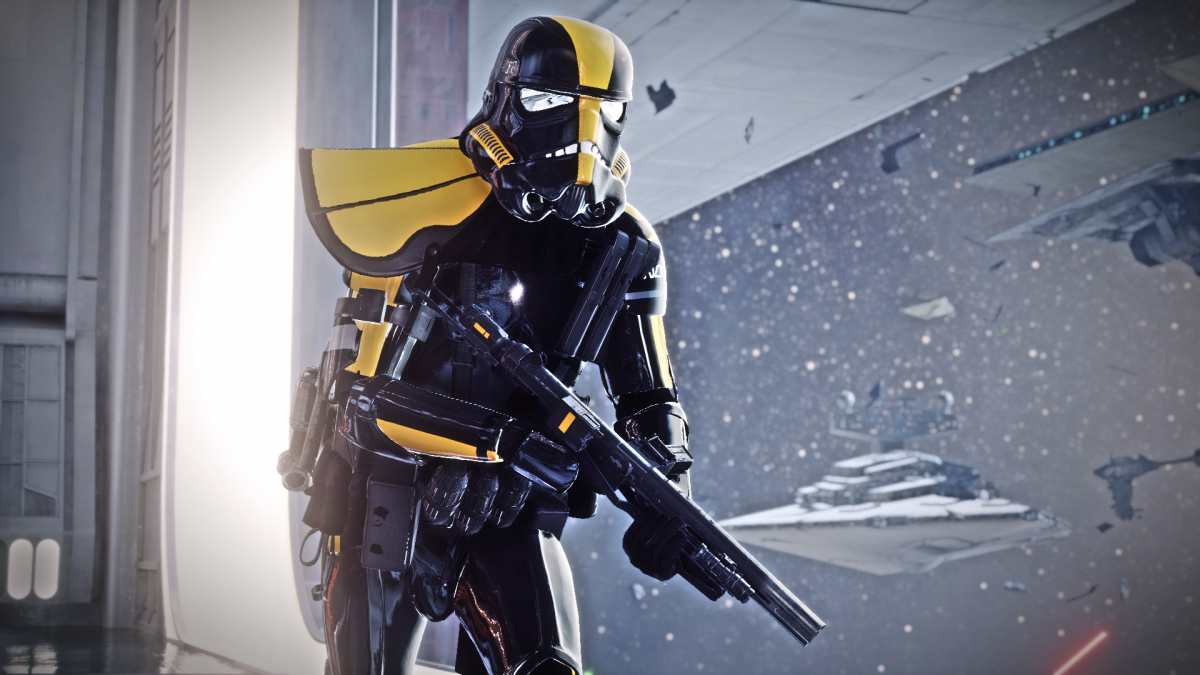 Ever feel like your Stormtroopers are a bit bland? Like they lack the verve and identifying markers that a professional fighting force should have? Modder Norm feels the same way, and has cranked out a visual overhaul for Star Wars: Battlefront 2‘s imperial faction called The Galactic Empire – Reimagined. The mod changes near every model on the imperial faction, giving each of their classes a more distinct visual design.

The new troopers have stylish identification shoulder armor and small visual flourishes that make them look like more of a combat-ready force who can hold their own, rather than slick policemen. I especially like the decision to add MOLLE-esque pockets and the like to their armor.

With DICE ending support for Star Wars: Battlefront 2 we’ve seen a flurry of modding activity around the game. Modders often really take on big challenges after official support ends because developer updates are now much less likely to break their work, requiring significant fixing. We quite like Star Wars: Battlefront 2’s final form around here. Our Fraser Brown was an exceptionally big fan of its revamped looks, calling it “the best Star Wars game we’ve had in years.”

You can find The Galactic Empire – Reimagined on Nexusmods, and you can get Star Wars: Battlefront 2 from EA’s Origin service.