Someone wants to murder the Apex Legends murder bot 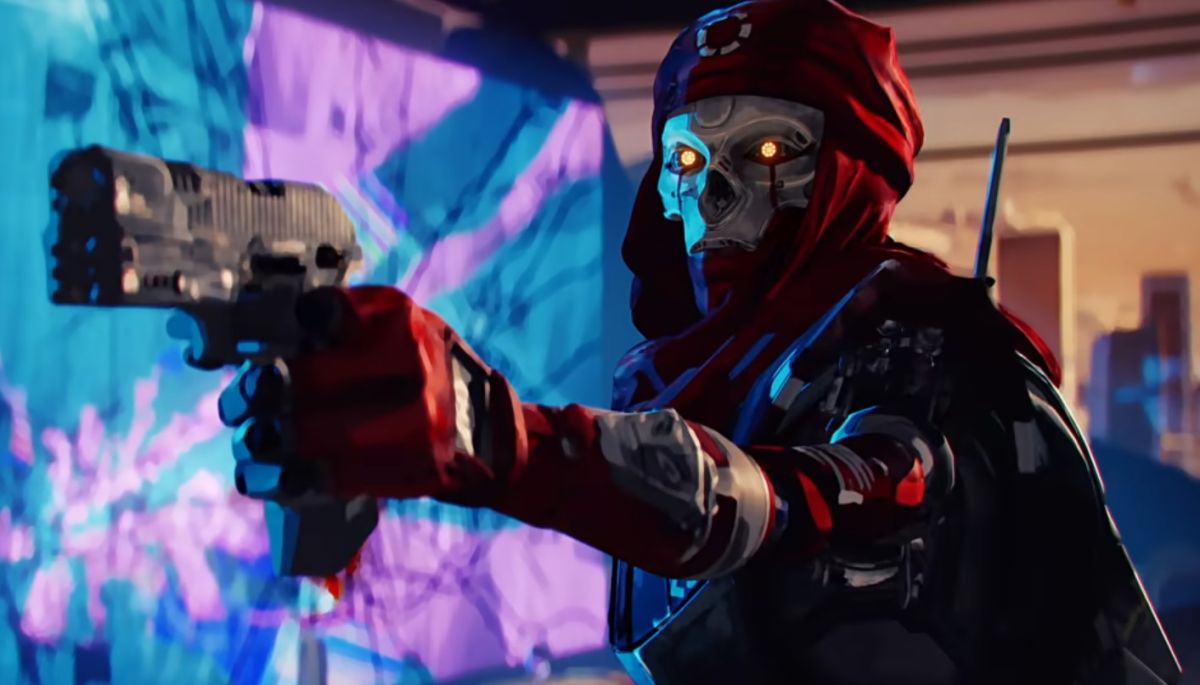 Back in January, Electronic Arts revealed the new Apex Legends character Forge, then murdered him with a mysterious death-bot who turned out to be the real new character, named Revenant. Revenant’s got a fun history: A former top-tier assassin, he was slowly turned into a nightmarish cyborg by Hammond Robotics as his body broke down, a turn of events he did not take well when his programming failed and he realized what he’d become.

He freaked out, swore vengeance on Hammond Robotics, and killed a whole bunch of people, including the father of a young girl, who didn’t take that turn of events well. She vowed to take revenge—counter-revenge, I guess?—and it looks like the wheels are now starting to turn on that process.

An up-close look at the image in the tweet reveals what appears to be an email conversation, presumably between a couple of Hammond employees worried about their long-term prospects. It sounds like it comes from Revenant’s pre-Apex days: The gist of the chat appears to be that the company is looking to distance itself from the “immortal murder robot” it created, and since it’s basically impossible to stop him, they need to figure out what to do with him.

And then, inspiration. “If only there was some way to keep him busy, while also keeping an eye on him,” one of them writes. “Shame you don’t know any murder competitions to hide your murder robot in…”

What’s really interesting, though, are the sticky notes attached to the monitor, which express a strong curiosity in Revenant’s apparently-inaccessible source code. It might seem odd that a young child is capable of this depth of investigation, but according to the Apex Legends Wiki, Revenant is actually 313 years old, and his quest for revenge against Hammond actually began more than 200 years ago. That means his restaurant rampage could’ve taken place long ago, and that little girl is now grown and looking for payback.

It’s possible that this new tease is unrelated, but not very likely. The Apex Wiki also has a listing for datamined details on another, as-yet-unrevealed character named Loba, a name that translates from Portuguese to English as “wolf.” The man who was murdered in Revenant’s debut trailer (apparently a conman and thief named Marcos Andrade, who was targeted after he stole an artifact from the wrong person) gave his daughter a wolf figurine as a gift just before he was killed. Loba is described by the wiki as a “Translocating Thief,” and the next “Stories from the Outland’ lore video, which will roll on April 30, is called “Legacy of a Thief.”